[Dtoider Anus Mcphanus was on hand to hear Gearbox head Randy Pitchford reveal some awesome and bizarre details about Duke Nukem Forever at a BAFTA event in London. Want to see your own writing on the front page? Write something awesome and put it in the C Blogs. — Kauza]

The British Academy of Film and Television Arts, or BAFTA as they’re more commonly known, have always championed the British video games industry. Thanks to their influence, video games have been given a platform as an art form which we can celebrate and publicise to the general public. The most notable event they hold is the annual British Academy Video Games Awards, but this isn’t the only event they hold. BAFTA are also responsible for hosting a number of talks, lectures and Q&A sessions throughout the year, which have had many guest speakers ranging from Peter Molyneux and Will Wright, to Tameem Antoniades (from Ninja Theory) and Alex Evans (from Media Molecule).

The best part about these talks is that they are open to the public; anyone can turn up and a ticket only costs you a measly £5 if you are not a BAFTA member. Earlier this month BAFTA held a very special Q&A session with Randy Pitchford of Gearbox Software to talk about Duke Nukem Forever. Always very charismatic, Randy gave us a very interesting look into the world of Duke, Gearbox and shared with us some very interesting stories. 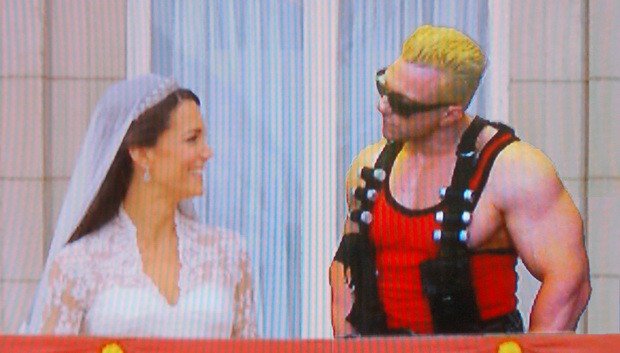 The Q&A began with a question about how something as old as Duke Nukem Forever could still resonate with an audience that experiences a different kind of FPS. Randy’s response was very telling of the ethos at Gearbox Software. His basic response was that good game design is timeless and that every genre of video game can trace its roots back to the beginning and find the same DNA throughout each game.

In the old days “adventure games used to be king” he reminisced, “The first person shooter genre is a relatively new thing. No one thought it would be the biggest genre that it is today, back then. This is a new landscape. If you look at Call of Duty, that series can be traced all the way back to the beginning with the first game using the Quake 3 engine. The blueprint has always been there and it’s just been evolving with time.” His argument was that the rules were still not set in stone; some things in Duke Nukem Forever had to be changed to fit in with current FPS expectations such as a rebounding health meter but Randy went on to talk about how he feels that FPSs today have become too narrow minded in their approach.

When you look at the current crop of FPSs it’s hard to argue against this sentiment. Sure, some games will add a few unique features but overall at the end of the day, they all rely on this one mechanic. Randy hopes that Duke will help remind people that it’s ok “having pacing and variety from action to puzzle-solving to exploration and discovery.” Now aside from pretty much confirming that Duke Nukem Forever will have these moments, it can only be a good thing to have this level of variety in any game. It’s almost as if games today are taking themselves too seriously with deep stories and intense gameplay and the industry needs an utterly ridiculous game like Duke Nukem Forever to come along and show everyone how to have a bit of fun.

It seems that as narratives develop, we see more and more video game protagonists trying to be more real and more human. While there’s no doubt that this helps tackle more mature themes and delivers more believable stories, much like how FPSs have become narrow minded so too has our view of video game heroes and in the words of Randy Pitchford: “most of our heroes have become emo, and they take themselves so seriously.” So it’s refreshing to have a badass character like Duke come back and just be awesome.

“In many ways, it’s a similar thing to Iron Man’s Tony Stark. How awesome was that character? This guy’s super-rich, crazy-smart guy who can do whatever the hell he wants and he’s loved for it” Randy ponders. “Duke doesn’t have any problems. He just kicks ass and so we have this world where heroes now are trying to be so human and so believable, that it’s actually surprisingly fresh to have this guy show up again and doesn’t give a crap. He’s just badass, wins, and that’s fine.”

Again, it’s hard to argue with Randy because we see the same flawed heroes with issues in every other video game and what Duke brings to the table is still to this day very unique. I don’t think any guy or any girl for that matter would object to being Duke Nukem for the day; who else can write a book called “Why I’m So Great” and for it to be loved by everyone? 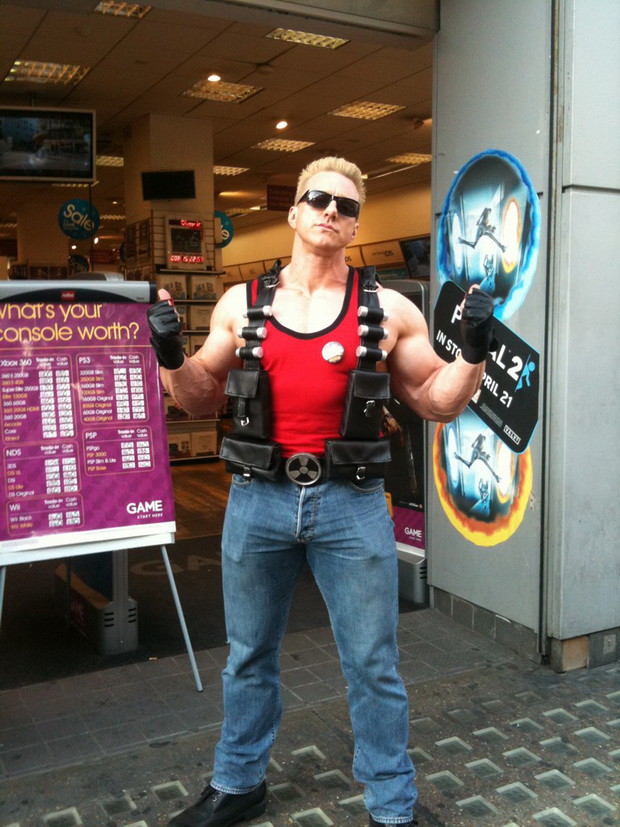 At one point Duke was going to have a sidekick

While defending the tone and content of Duke Nuke Forever, amid accusations of sexism and misogyny, Randy said: “Duke is a wild guy; in his world they love him. His world is similar to ours but it’s not our world.” While developing Duke Nukem Forever Gearbox had toyed with the idea of giving Duke a back story, one that was not actually tied to Duke Nukem Forever directly but one that came up in discussions about Duke as a character in an attempt to explain how Duke is the way he is. During these discussions the idea of introducing a sidekick came about and at the BAFTA Q&A, Randy exclusively revealed that this sidekick was a gay robot.

“Sexuality is part of the Duke personality.” The head of Gearbox explained that the original idea behind the sidekick was “to explore how Duke would relate to a peer that might have a different sexual orientation.”

He added: “the characters actually developed a great bond and depended and relied upon each other. I don’t want to spoil it because we might go there. Ultimately the robot was in a situation where for in order for victory against the aliens to be accomplished, the robot’s inner workings – a nuclear generator – had to be sacrificed. The exploration was all very sincere and real and maybe we’ll come back to that at some point.”

It should also be reiterated that this idea was never intended to be in Duke Nukem Forever, this was something completely separate but Gearbox decided to abandon the idea for now because the themes of loss and sacrifice were not the right fit at the moment. Gearbox had already shown that you can be hurt emotionally with their Brothers in Arms games and in the words of Randy Pitchford “Duke is all about having a good time. Do you want to pay $60 to feel like crap? No!” 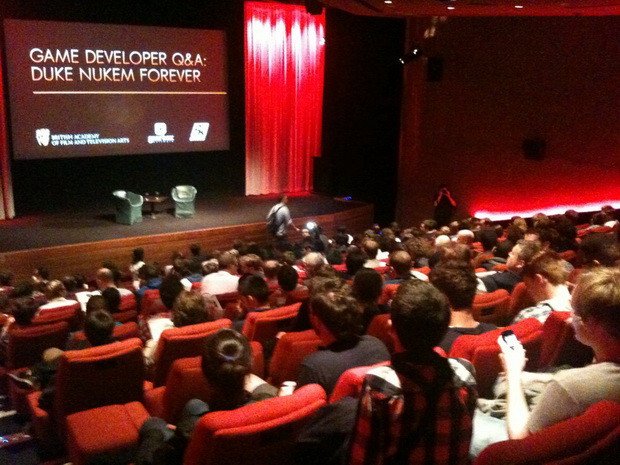 Duke Nukem Forever has been a development for a while. In that time we know that the game as been scrapped and started from scratch three times up until 3D Realms closure in 2009. When quizzed about what was left on the cutting room floor, Randy explained that almost nothing in Duke Nukem Forever is more than a couple of years old. The game is still the Duke Nukem Forever that was intended to be released all those years ago but the assets are all relatively new except for one thing.

The oldest asset in Duke Nukem Forever is a miniature pig cop toy statue that comes together with a burger as a sort of Happy Meal gift/toy. The pig cop toy was made in 2006 and the low resolution model still fits in because the toy is supposed to be a little crappy. 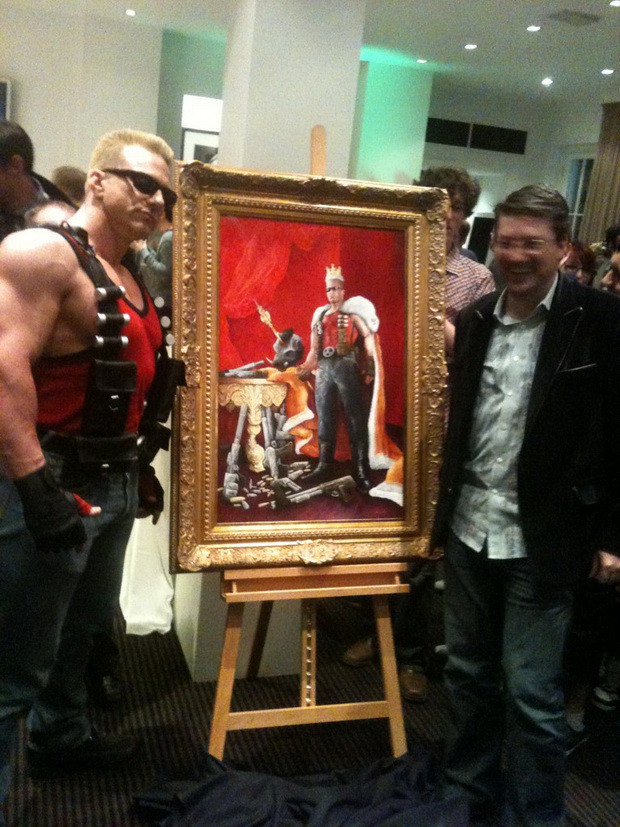 “It was very obvious that Duke Nukem has somehow become important to the game industry. He’s become an icon. He has become a meme! But I wonder where it’s all come from – the fact he’s become an icon certainly has nothing to do with all the great games that have come out. There hasn’t been any! So there’s something else about this character that’s made him such a lasting memory for gamers” says a slightly confused Randy Pitchford. “Kids who are too young to have played Duke Nukem 3D feel that Duke Nukem Forever is special and that’s because Duke Nukem is special.” There seems to be unanimous nodding from the audience at this statement. No matter what your opinions on Duke Nukem are, you can’t deny that he’s one of the most notorious and unique gaming characters to have ever existed.

Randy then surmises that the kids who were too young to have played Duke Nukem 3D when it originally came out are only now starting to play it and likens it to when he first discovered The Beatles and Led Zeppelin. Those bands had peaked long before he was born however, despite that fact he felt an instant connection to these bands and felt privileged and special to have discovered them. The same can be said with Duke Nukem, “There’s just something about them” he argued, “you just feel special, I felt special when I found them and that’s why he’s remained so popular and Duke Nukem Forever is a great game. I just can’t wait for you guys to play it and see how far Duke pushes the line. In fact he doesn’t just push the line, he dances on the line, no, he break dances on the line” and I’m sure there are lot of people who can’t wait to see Randy prove that claim. 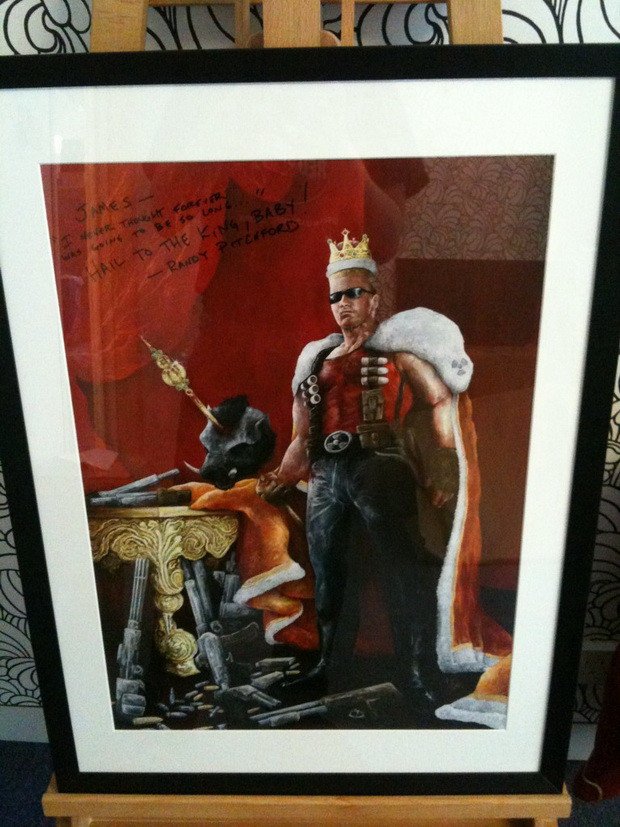 An insightful night to say the least, the Q&A ended with the grand unveiling of the official Duke Nukem portrait and one lucky attendee managed to win one out of two hundred prints of the portrait and had it signed by Randy Pitchford himself. All he had to do was ask the best question of the night. Be sure to keep an eye out on the BAFTA website for all future events and maybe next time you could win yourself something equally as special.