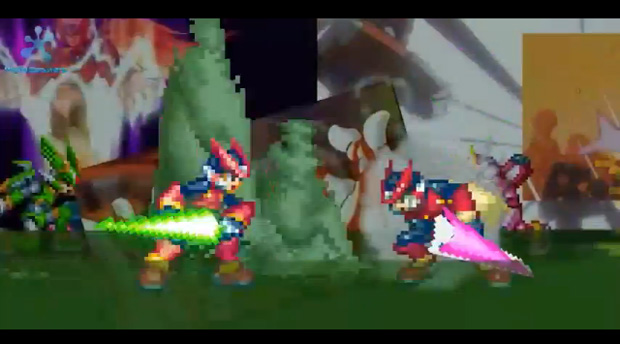 What you see above is a re-imagining by YouTuber ultimatemaverickx of the final battle in Mega Man Zero 3. If you haven’t played any of the Zero series, you’ll probably be wondering what the hell is going on. In short, there is this villain named Dr. Weil (unrelated to Wily), who has transferred Zero’s memories into a substitute body and turned Zero’s original body into a weapon of destruction called Omega. X has also lost his body and is now ethereal code, and throughout the battle, X and Zero have flashbacks to their last battle with Omega over a century prior…

Know what? F*ck it. Robots with swords and butt lasers go “pew pew pew.” That’s all you need to know. I’m just upset that this video was originally uploaded in November and I’m just finding out about it now. Whatevs. Enjoy the carnage!

Filed under... #Cooler than the other side of the pillow#Hardcore#Mega Man#Offbeat#Robots