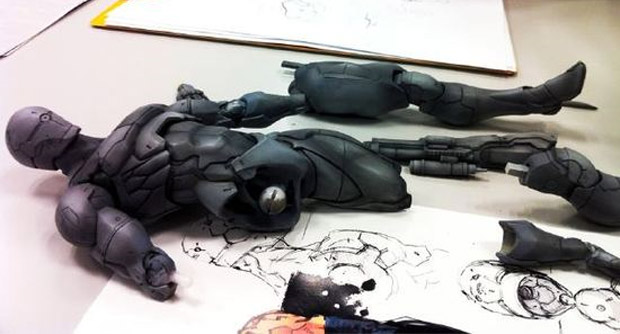 It’s been too long since Hideo Kojima has been in the news, so allow me to give the famed game director a quick mention. Tomopop has spotted a few of his recent tweets, which so happen to include pictures of a Cyborg Ninja figure that is multiple kinds of badass.

Pretty good for a toy that’s only partially complete. It’ll be coming to us by way of Square Enix’s Play Arts Kai at some future point in time that is entirely too far off, I’m sure. I want one of these figures yesterday, and I’m about as indifferent toward the Metal Gear Solid series as they come.