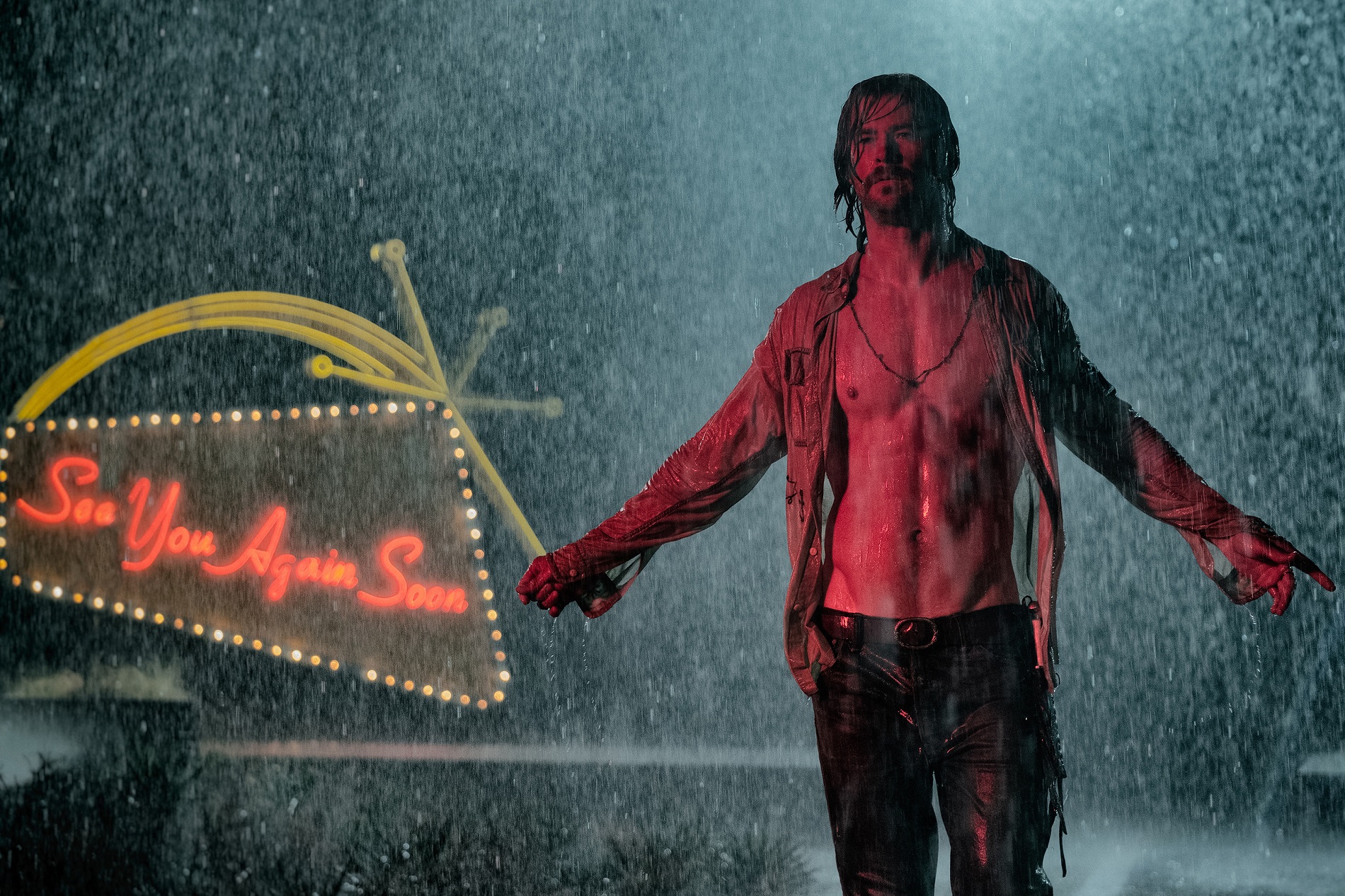 You can check in any time you want…

Drew Goddard delivered unto us one of the most genre-bending films of the decade with Cabin in the Woods, and then went off and wrote a few wildly successful screenplays and TV shows leaving us a bit hungry to see what he was going to do next. Well, here it is, and it looks nearly as weird and odd as Cabin in the Woods, but with a better cast and Jon Hamm back in the era he was clearly born to live in.

Bad Times at the El Royale‘s plot description doesn’t give us that much to go on:

Seven strangers, each with a secret to bury, meet at Lake Tahoe’s El Royale, a rundown hotel with a dark past. Over the course of one fateful night, everyone will have a last shot at redemption… before everything goes to hell.

There’s definitely some hints of horror here, but the main vibe is noir and crime fiction. Lots of layers of mystery and complex character arcs and shadows… so many shadows.

But screw what we can learn from the trailer. How about some wild speculation? This is a movie about a bunch of people being watched and possibly killed in a really creepy setting with some sort of “management” overseeing everything? Could this be a prequel to Cabin in the Woods? That is total and complete conjecture and probably entirely untrue, but it’s kind of what hit me first.

Bad Times at the El Royale will land in theaters nationwide on October 5, 2018.

Filed under... #Film or TV#Flixist#Trailers