For the past decade or so, fighting games have both fascinated and intimidated me. I poke into online matches now and then where even in the lowest ranks, I regularly get destroyed by players with exponentially better skills and strategies than my own. I’ll admit I’m just not good at playing them competitively, and while I could theoretically develop the requisite skills with enough patience, it’s not in my current interest to take hundreds of soul-breaking online losses in that process.

I enjoy these games much more just sticking to fun, single-player modes, which is why Super Smash Bros. Brawl is my favorite fighting game. It’s also why I’ve barely played Pokkén despite having hyped myself up for it for so long, nor have I touched the Deluxe version. Pokkén‘s single-player campaign is too exhaustingly padded and too poorly written for me to enjoy, even if I came into it expecting to love it.

Yes, it’s true almost everyone plays fighting games these days just to compete against other players, competitively or casually or somewhere in between. That’s good, but the issue I take is in the growing negligence of other audiences. If these games don’t offer anything else that makes it worth the purchase, that leaves their “real” barrier of entry so high it becomes a huge risk for new players to simply add them to their libraries. 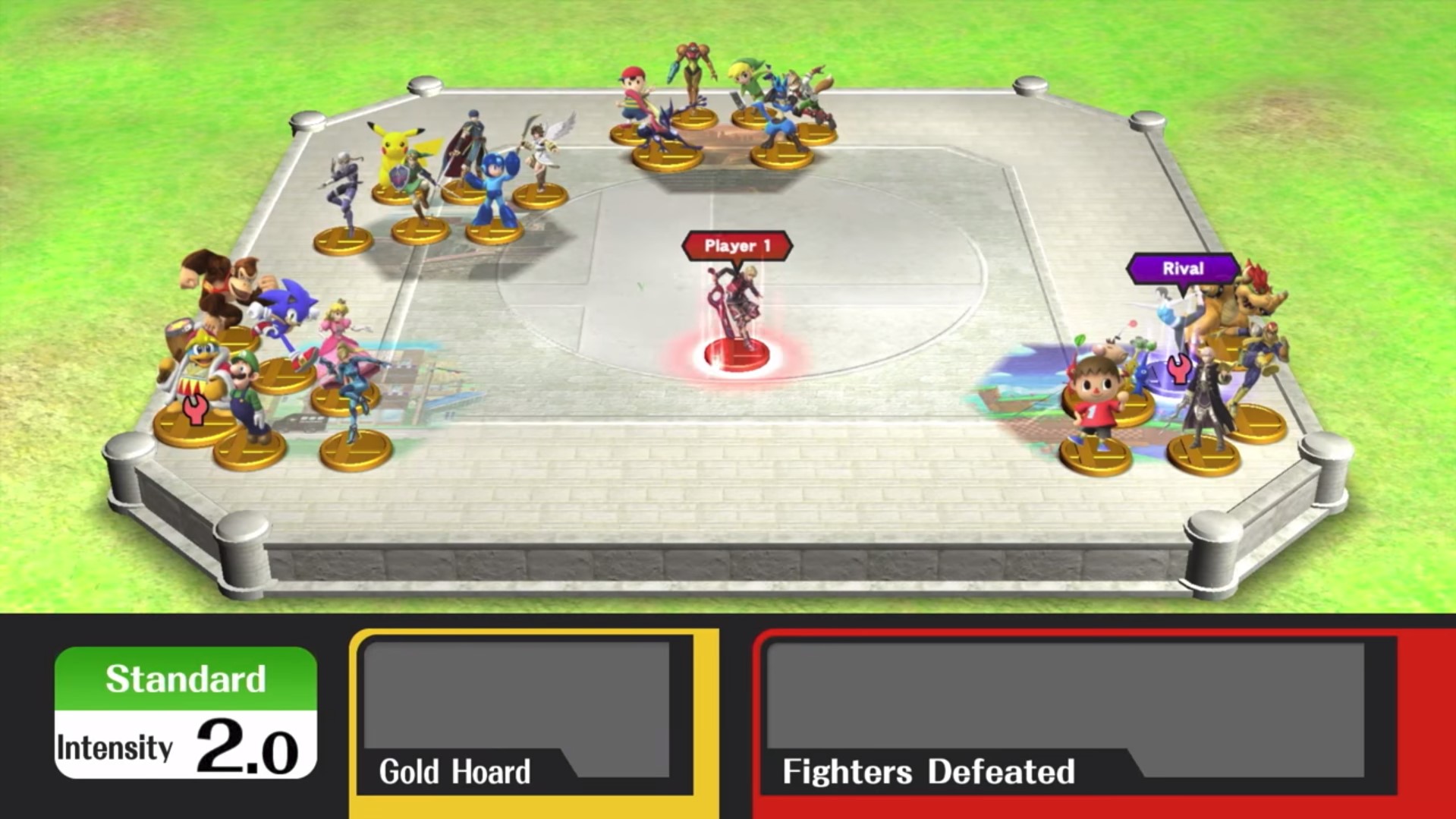 Super Smash Bros once was a king of satisfying single player modes, but the Wii U and 3DS games are shockingly lacking. Whether you preferred the short-but-sweet Adventure Mode in Melee or the epic and ambitious Subspace Emissary in Brawl, it seemed like Smash had a strong preference for creative single player campaigns. The fact that the most recent games lack any Adventure Mode is baffling enough it became a loud controversy among the series’s fanbase.

But Smash is an incredibly non-traditional fighting game with a broader, more casual audience. Removing the Adventure Mode takes away something a large part of its audience looks forward to, yet the core gameplay is still extremely approachable to that audience. Bandai Namco’s Soulcalibur series is a more traditional example.

Soulcalibur III’s Chronicles of the Sword is more than a decade old and is still constantly lauded to this day. The mode melded light RPG & strategy elements with the combat of a fighting game, creating a playstyle so unique it’s hard to find even a full game comparable to it. Soulcalibur IV replaced this with the Tower of Lost Souls, an objective based gauntlet that added team battles into the fray. Less ambitious, but respectable in its own right as it challenged players to play differently and learn additional characters. 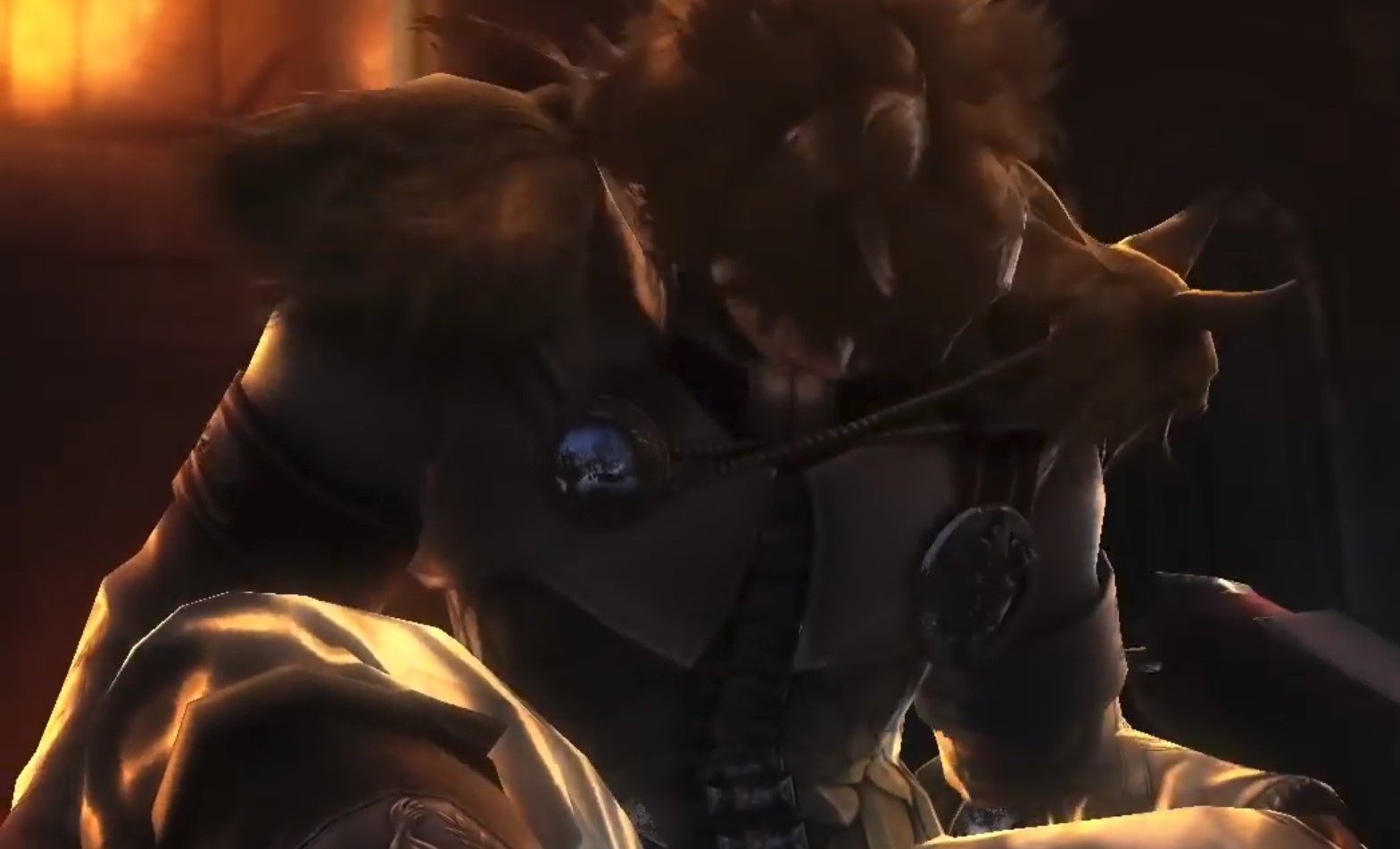 Yet Soulcalibur V offered nothing like any of these. It tried to compensate with a more ambitious story mode than before, but it’s considered one of the worst stories in the series. Limiting its narrative and gameplay focus to a handful of hard-to-like protagonists and providing almost no information on SCV‘s plethora of newcomers left a bad taste in many players’ mouths. There was an effort, but it felt like a poorly spent one, especially looking at the SCIII‘s ability to have multiple good story modes with completely different gameplay structures. Players read this as one of many flags of a drastic shift in fighting game design in the PS3/360 era, that single-player modes were no longer considered as relevant.

The same developer’s Tekken series is much more iconic for unusual game modes. Tekken 3 featured the volleyball-like Tekken Ball, a mini-game so beloved it was revived for Tekken Tag Tournament 2. Tekken 3 also had its own mini beat-em-up known as Tekken Force, a concept that became a staple of the series until its abrupt omission in Tekken 7.

Tekken 7 at least has a more ambitious story mode with unexpected gameplay scenarios and general tutorials, framed around the ludicrously extreme family feud Tekken prides itself on. Also, bowling. Like, actual bowling. Because reasons. Tekken is often considered a relatively approachable fighting game series, and while most of that lies in its controls, single-player attractions such as the Mishima family saga and goofy side modes go a long way in hooking inexperienced players. Except bowling. 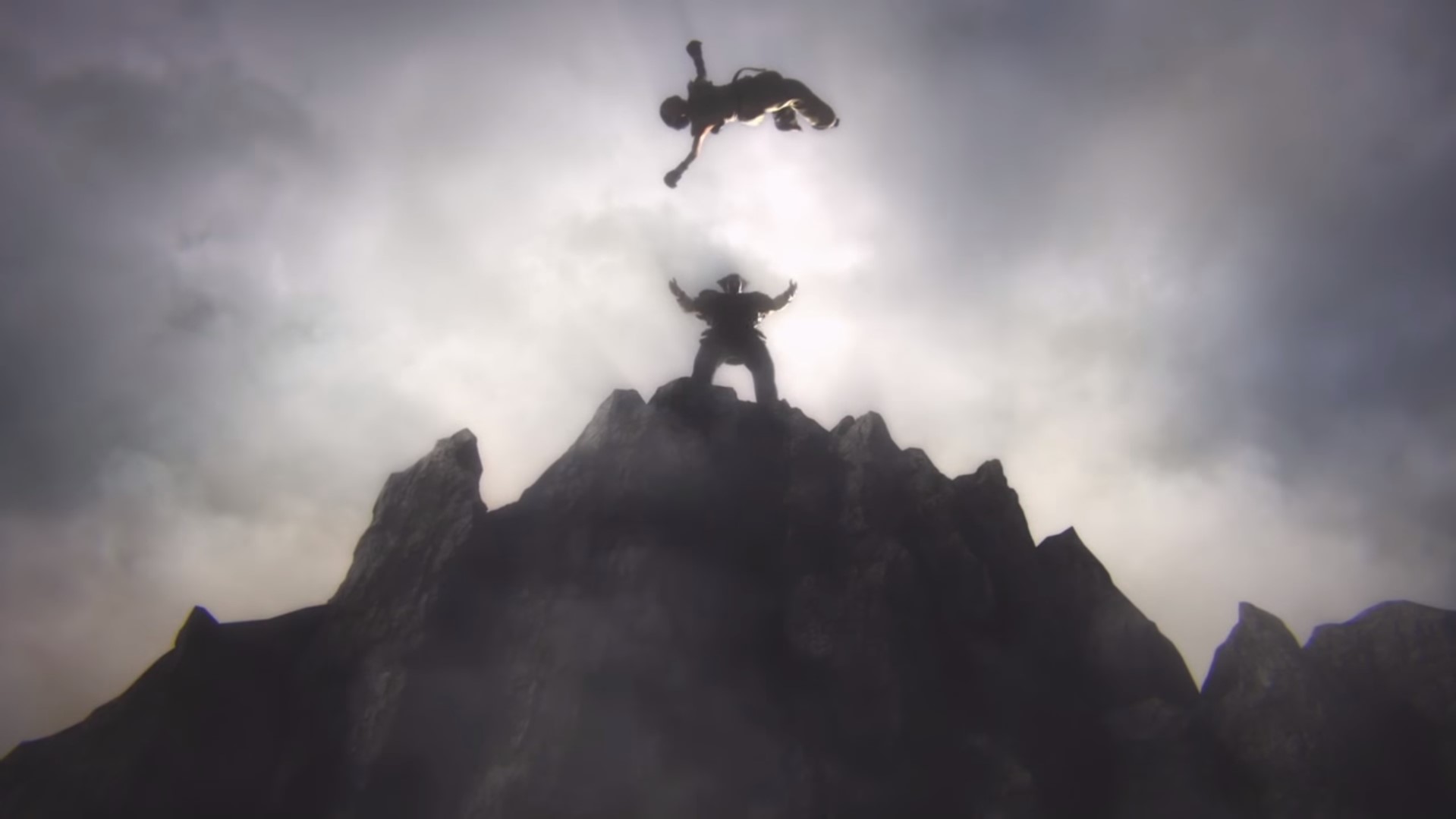 These two series show a lot about how modern fighting game content has changed with each subsequent release. Before, they offered a wide berth of solo and casual options. Lately, the only single-player options most offer is a story campaign, an arcade mode or some other straightforward gauntlet, and a tutorial… if even all of that. A fighting game story mode usually isn’t satisfying enough to play for hours on end, but it can be a great first step if it’s well written with good pacing and structure. Unfortunately, many recent launches don’t even accomplish that, featuring story modes so weak they are better skipped.

Capcom made a big marketing push for their story modes in Street Fighter V and Marvel vs Capcom Infinite, only for both to be hit hard by reviews as bland and padded with disposable scenes. Even worse, Street Fighter V launched with neither its promised story mode nor a traditional arcade mode, only an exhausting survival gauntlet. Despite being built to be a much more newcomer-friendly Street Fighter game, newcomers didn’t have any fun content to latch onto and quickly dropped it. Comparing SFV‘s sales to Tekken‘s shows that while approachable design is important for fighting games to attract new players, content is the backbone that supports their decision to stick around. 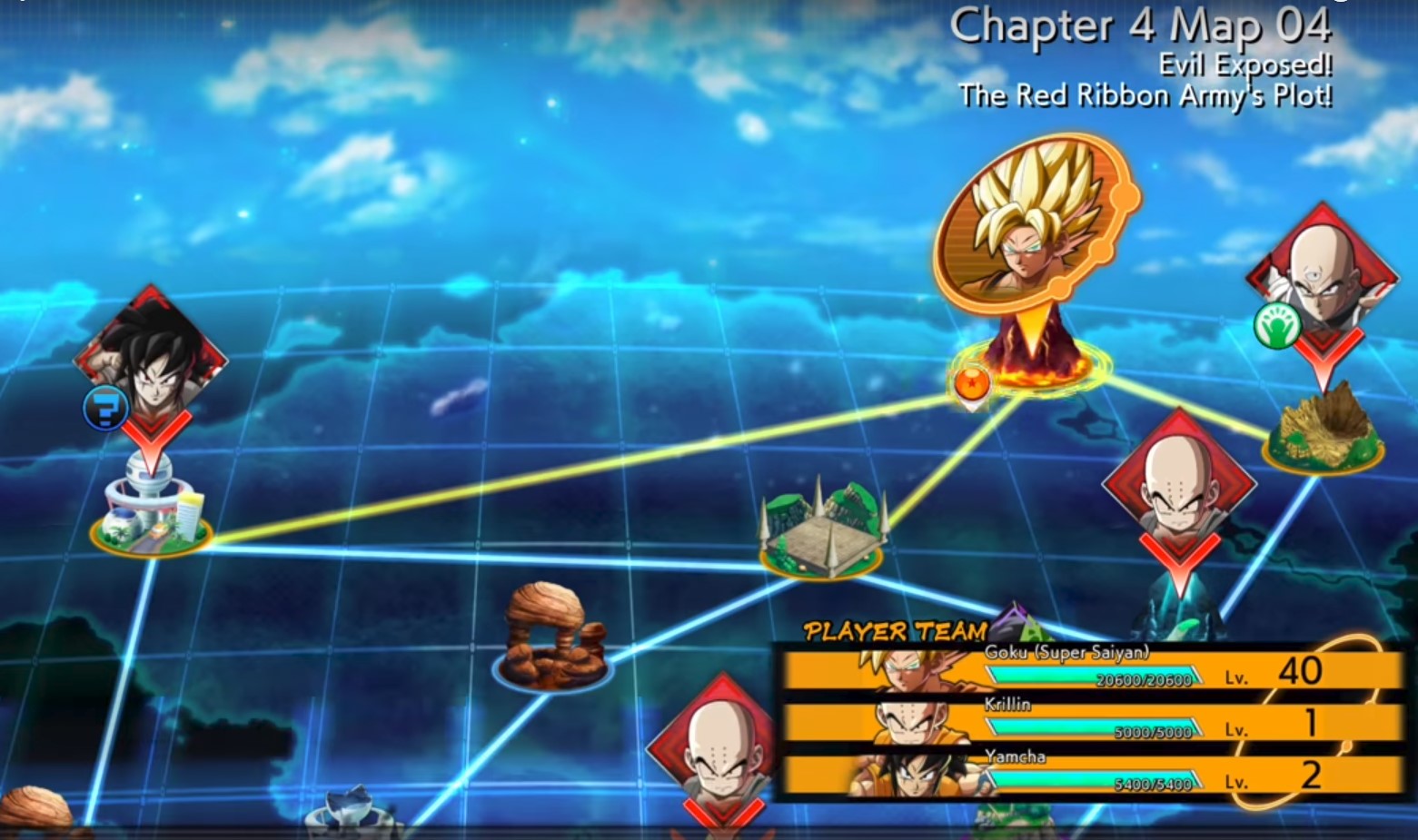 A great single player mode provides something that can’t be recreated in a versus match (such as interesting writing and unusual gameplay mechanics in or out of battle) and incentives to learn the game’s nuances (such as rewarding skillful play or using many characters). Otherwise, what you’re left with is an arcade mode of another flavor, just a series of battles against random or preset CPUs. I love a short and sweet arcade mode, but arcade runs usually don’t last longer than an hour because that much simplicity doesn’t work in the long-term. That’s how I got burnt out on Pokkén‘s campaign and Street Fighter V‘s survival mode, and the same can be said for most story modes with unsatisfying narratives.

Modern fighting games are so exciting because of their community aspect. That’s why it’s awesome for them to focus so strongly on their online competition. That’s also why the decline of single-player content is heartbreaking. It pushes away players who used to be so enthusiastic for fighting games because what they used to enjoy most about them is simply gone. Many hardcore fighting game enthusiasts began as casuals who got hooked on solo play and grew towards bigger challenges over time. Keeping away solo players prevents both the players and communities from reaching their full potential.

The fact that we continue to get any sort of single-player story mode in modern fighting games is evidence that developers know players want single-player content. Most just don’t do a good job of it, but some have shown a willingness to do better. I was turned off when I saw the mixed reception to Dragon Ball FighterZ‘s story mode, but thinking more on it, the fact that it’s mixed shows it does a lot more right than most of its competition. Maybe DBFZ’s story has some pacing issues, but it offers gameplay and narrative mechanics that make it rewarding and entertaining to try out dozens of different team combinations. High skill fighting games had content that satisfied casual players in the past, and I have faith that they can in the future too.