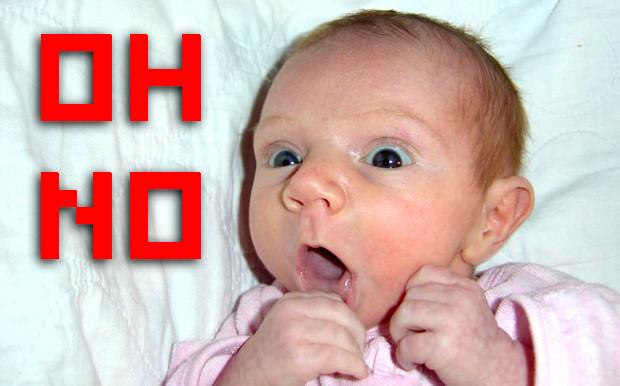 A $0.99 iPhone game has been pulled from the Apple Store after generating a wave of controversy for its tasteless (yet undeniably righteous) subject matter. The App’s called Baby Shaker and is, as you may already have guessed, a game in which you must use the iPhone’s motion sensitivity to shake babies in a bid to stop them crying.

“On a plane, on the bus, in a theater,” reads the App’s description. “Babies are everywhere you don’t want them to be! They’re always distracting you from preparing for that big presentation at work with their incessant crying. Before Baby Shaker, there was nothing you could do about it. See how long you can endure his or her adorable cries before you just have to find a way to quiet the baby down!”

The game, unsurprisingly, generated outrage from various biased parties, including Jennipher Dickens from the Stop Shaken Baby Syndrome group: “As a mother of a child who was violently shaken at 7 weeks old, causing a severe brain injury, and the founder of a national organization for Shaken Baby Syndrome prevention … I don’t have to tell you how much this horrifies me!”

As well as anger over the game’s release, Apple has been criticized for pulling the game. Saul Hansell of the New York Times suggested the company “caved in to pressure” and admits to being troubled over the censorship. It’s true that the idea for the game is sick, but then, plenty of things are sick and hilarious at the same time. I find myself agreeing with Hansell here. It’s a shame that Apple decided to pull the plug just because some people got upset.

Personally, I find the idea of Baby Shaker brilliant, and more than justified, since babies are generally rubbish. To quote Smash TV, I’d buy that for a dollar.