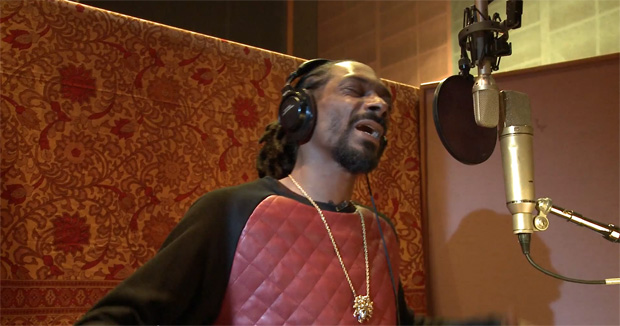 I’ve spoken about it quite a bit in the past, but for those who don’t know — I love hip hop. Ever since I found my first Busta Rhymes mixtape on my playground at a young age, I was mesmerized by the genre.

Naturally, I had to try out Snoop Dogg’s new Call of Duty multiplayer voice pack DLC. I’m part of the problem.

Yep, this is pretty simple here — you can grab a voiceover pack that turns the announcer into Snoop Dogg. Just like the wolf skin killstreak DLC, you can enable Snoop by going to the customization option in the create a soldier menu.

After starting the match with a “let’s get down to bidness,” Snoop will holler at you every so often, chiming in whenever an event happens just like any announcer. He’ll add his own hotsauce to it of course, like “Satcom uplink enabled, yessssir,” or “you lost the lead you mark ass trick!” Lest you think his voicework is entirely PC, after you kill an enemy guard dog, Snoop will disappointingly cry out “ah maaaaan they killed his bitch too?!”

All in all, it’s a very okay bit of DLC that fans will likely enjoy months down the line when they’re still playing future map packs. If I was directing Snoop though, I would have asked him to freestyle a few different verses to randomly cycle in after a close win while the match is wrapping up. In other words, it doesn’t really go above and beyond the call of duty — it’s exactly what you’d expect.

Nevertheless, this is a really interesting strategy by Infinity Ward to keep making their mark on the franchise. After popularizing it again with Call of Duty 4, Treyarch has constantly topped them, so it’s nice to see some heart from IW every so often. You can grab this DLC and the R. Lee Ermey pack for $2.99 each.