All about Ghosts’ unlikely new star

How could you not love a German Shepherd? They’ve got the cutest face markings, that funny lowered rear, and ears so big that they could double as windsails. They’re also amazing animals when it comes to serving humans, working in every field, from helping disabled people live their lives, to pulling people out of disaster wreckage, to serving alongside soldiers in wars. Out of all of man’s best friends, this breed shows it the most. If you don’t love German Shepherds you’re stupid.

Fellow dog lovers may have heard that upcoming next-gen title Call of Duty: Ghosts brings a German Shepherd to the hit game franchise. The dog became an overnight sensation following the trailers and screenshots released at yesterday’s Xbox One announcement. His adorable little face is now all over game blogs and social networks, and he’s well on his way to memedom.

I’m glad to report that he’s not just some generic attack dog, though. Infinity Ward says that he has a real role as part of your squad, and you’ll grow close to him just like you would any other friend. I’m already smitten after hearing about his work as a virtual actor in an interview with Infinity Ward’s Zach Volker. I apologized in advance during this interview for questioning that focused solely on this dog, though I make no apologies for being a dog lover. 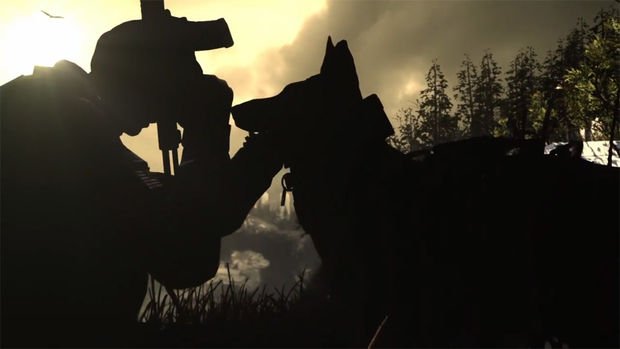 I opened my interview with Volker with concerns that the dog is too cute for a game about war. I mean, look at his face! It turns out that this could not be helped. Even if he is an actual retired Navy SEAL dog he can’t help being born cute, right? As I understand it, the dog was photographed from every angle, and in such high detail that you can see the scars on his nose as well as the tattoo in his ear. That high resolution photography also just happened to capture his charming dogface.

The handsome pup was also motion captured with the latest techniques, and even has his own AI system, just like human characters.

“We built an AI set for the dog, and just like humans we need all kinds of little transitional animations that prevent him from rotating in place,” Volker explained. “So we needed to get an aggressive idle and a state where he is in a more calm state.” 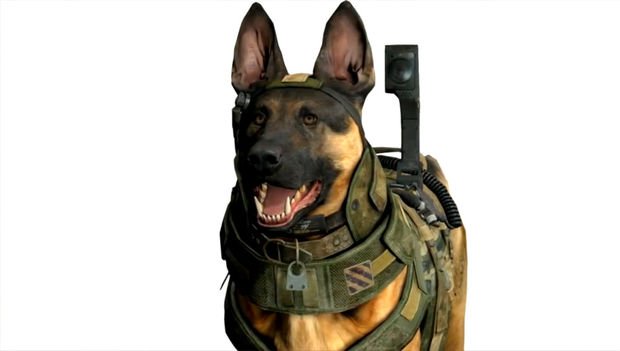 To create these animations they had to get the dog moving. With whips. But don’t worry — this sounded like fun for the dog.

“[For the] aggressive state we had one of the handlers holding him back and we had another dog handler over there snapping a whip trying to get him wound up. And then what we need to do is get turning animation, so he would run as fast as he could 90 degrees to try to get the dog to turn 90 degrees. Those little transitional animations play a big part in why our animations are so fluid. We have lots of options the AI system can choose from.”

Here’s where it gets pretty cute. Our canine star had to wear little dog booties! As Volker explained I held back squeals of delight at the very thought. The boots weren’t for showing off at the dog park, though. Volker explained that they were part of the mo-cap process. It seems that had a bit of trouble figuring out how to set this up, though.

“That was a new experience for me,” Volker said as he smiled. “I’ve never mo-capped an animal. That was a challenge I didn’t expect.” 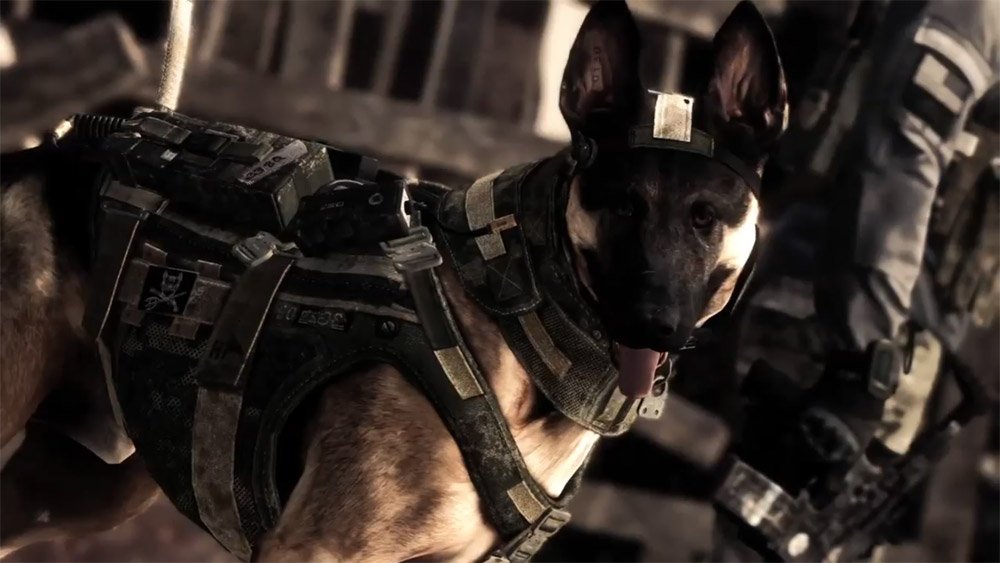 “The very first shoot we had we were experimenting with how to put the markers on him and we had these little rubber booties that are really for dogs. We thought we could glue the motion capture markers — the little white bulbs — to the booties. And he walked around like he was in molasses. It was hysterical. I’m thinking wow, we are not going to get anything out of this. This is going to be a total waste.”

I hope they have the molasses walk somewhere in their archives. Infinity Ward eventually figured it out: “We learned from that and we had other shoots; we actually found metallic tape to go on the feet.”

It’s nice to hear that this German Shepherd was a great motion capture actor for his role in Call of Duty: Ghost, but somehow I’m even more pleased to hear that he’s also a pretty sweet pup. 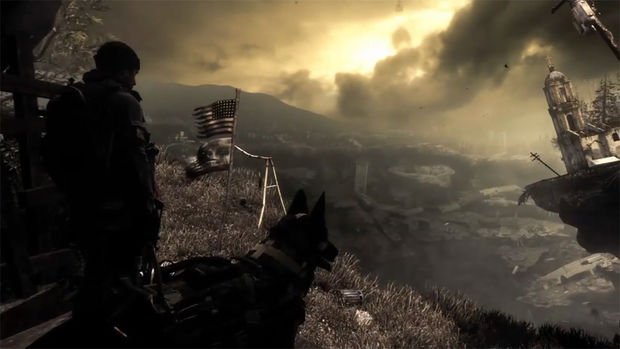 “You had said he’s kind of a cute guy,” Volker recalled. “He really is.”

“We would get him wound up, snapping the whip and turning. We would only do it for like 10 seconds so we didn’t get him too intense. But we would let go and he would run to the guy with the whip. He would have a towel or something. He would run and bite the towel and then nuzzle his head into him. It was funny to see that contrast.”

After our interview, staff jokingly asked me if I would be pushing for some Welsh Corgi DLC for Call of Duty: Ghosts. I told Volker and others that if they’re as cute as the German Shepherd I would be okay with it. But they can’t get hurt in gameplay — that’s my only request. I also hope that the German Shepherd remains unharmed. No word on if that pans out, though.