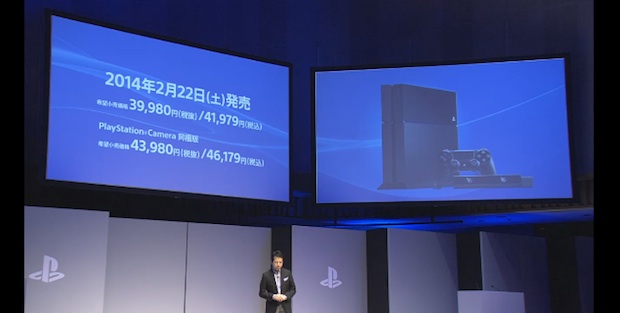 But they get Knack for free

The reason the date is later than ours is because of title availability. Japan needs unique game titles, says Sony.  They felt February 22 would be the optimal date for Japan. “Numerous titles will be released on the date of the launch.”

The Japanese get the First Limited Pack. It will come with the PS4, a Knack download code, and a 1-year extended guarantee — all for the same price.

Eight titles are in the pipeline for launch.