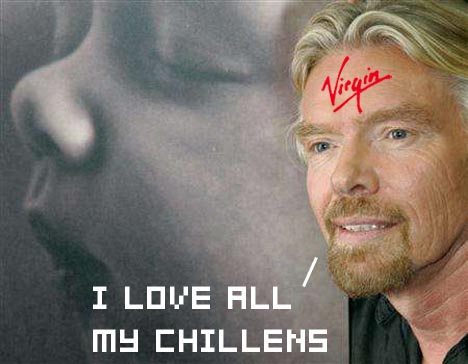 If Gametap is the whore of video game content delivery, then Richard Branson’s unfortunately named AWOMO (A World of My Own) is the new kid on the block.

This poor, dumpy kid will inevitably get beat up, even though it’s only a matter of time before everyone starts rolling out their own metaverses — and then it will seem like second nature.

Ars Technica reports more details on the partnership between Virgin Games and Game Domain International (GDI), that Branson claims will “do for PC games what iTunes has done for music” by integrating faster content delivery with a virtual world interface. The Steam Review also has a few musings on how that might work with GDI’s current tech.

A future of virtual social space with promises of tournament prizes like a trip on Virgin Galactic sounds enticing, though.  Just keep in mind, regardless of which virtual world you end up residing in, if you buy all your wares there, it’s just like being at the mall.

[Thanks for the tip, Liz]