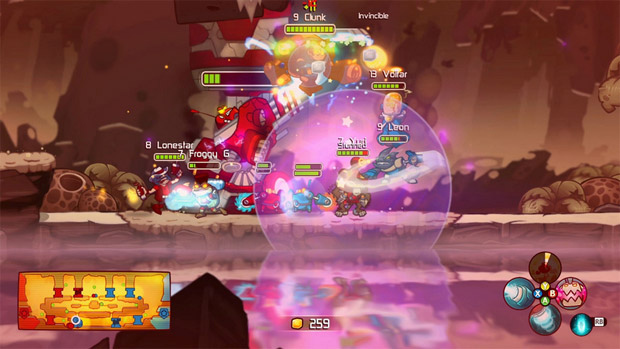 Hoping to stay on track for Europe

Ronimo Games has passed along a quick note that Awesomenauts: Assemble won’t be ready in time for the North American launch of the PlayStation 4 on November 15 as previously expected. The 2D MOBA has officially been pushed back to “launch window” status.

On the bright side, the studio is hopeful it can have Awesomenauts finished for the console’s European launch on November 29. Fingers crossed. Console gamers have missed out on the PC version’s expanded content for too long. It’s a whole new game these days. A fantastic one at that.