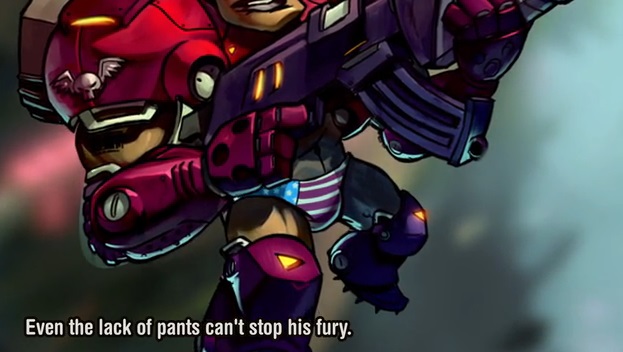 The Starstorm expansion will also add a new map and extras

If you want more Awesomenauts you’re in luck, as Ronimo Games has just launched a $125,000 goal Kickstarter for a full-on expansion to the game.  Set to debut in the add-on pack titled Awesomenauts: Starstorm are three new characters (Ted McPain, Sentry X-58, and Skree), a new stage, spectator mode, global chat, twin-stick controller support, and new music. There are extra stretch goals, including another map, more music, custom games, more characters, and more.

This is ticking all the right boxes with me. The new characters look really awesome (I really want to try Skree as a Leon/stealth fan), and since the game is coming to the PS4 (confirmed with “most features” in Starstorm in tow), the future is looking really bright for Awesomenauts. Right now, these features are only confirmed for the PC and PS4 versions of the game, and they’re likely to stay that way.