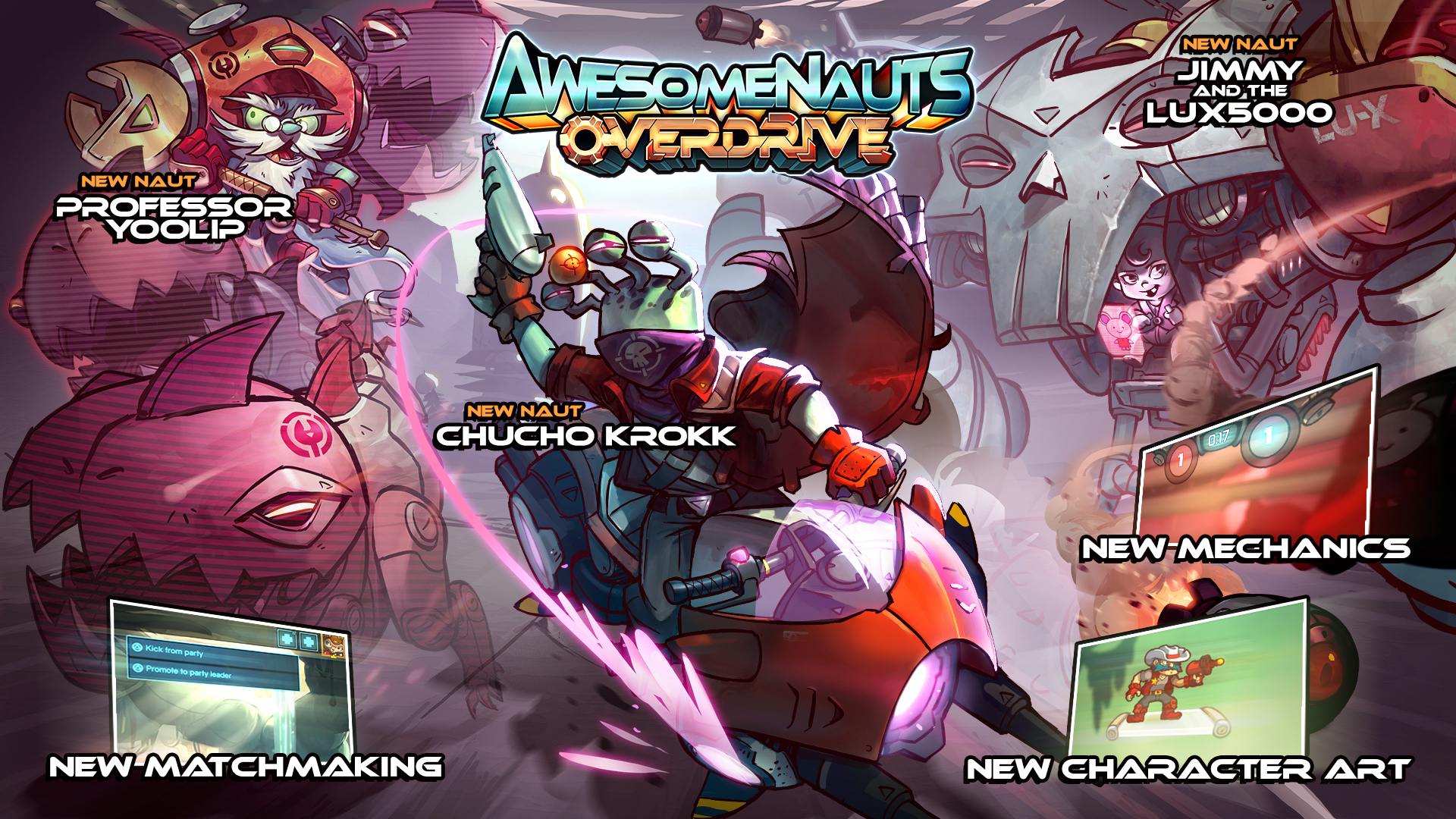 You really have to give it to Ronimo. It released its 2D action platformer MOBA Awesomenauts back in 2012, and as a smaller developer, it has gone through so much. It’s dealt with legal issues surrounding the publishing of the game on previous generation consoles, and even created other projects while maintaining monthly support for Awesomenauts, as well as an expansion and a heap of free characters. You could say the team has its hands full.

And the ride isn’t over yet. Ronimo just announced its newest update, which is yet another expansion, titled Overdrive. It’s set for release sometime next year. Among other base enhancements to the game like a new matchmaking system, the recent shared XP update (which brings it more in line with Heroes of the Storm and less like Dota or League), and visual reworks for classic characters, there’s also a ton of new content coming.

Four characters are already confirmed (Professor Yoolip, Chucho Krokk, Jimmy and Amy, and Ix the Interloper), as well as that Starstorm stage that still hasn’t been released yet. Three of the characters will be part of the premium package, but Ix will be free for everyone.

I had a chance to play Yoolip this past week, and I have to say he’s a pretty great addition to the team. His unique ability to repair allied NPC bots by whacking them with a wrench is incredibly useful, as is his ranged stun, and his power to create tiny robots of his own. Overall he feels a bit underpowered even if he’s fun to play, but Overdrive is still in beta, so I expect Ronimo to make a lot of tweaks by the time he’s actually out.