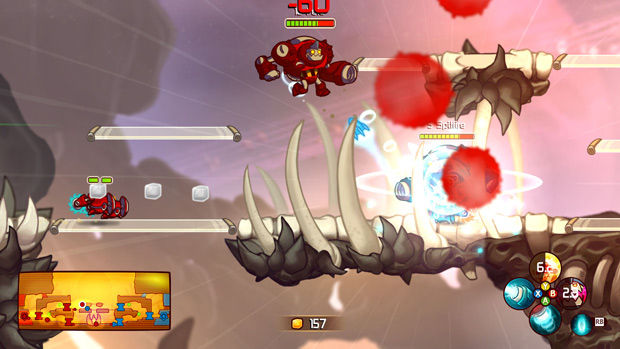 Awesomenauts for the PS4 now has a brand new moniker — Awesomenauts: Assemble, and it’ll have all of the content of the PC version, as well as all future Starstorm expansion content. Ronimo was originally aiming for a PlayStation 4 launch date, but if you noticed that list of confirmed launch games yesterday, they weren’t on it.

They’re still putting the finishing touches to aim for a launch, but it’s not 100% yet, so it may end up a “launch window” situation. In other news, PC players can now test out the first bit of Starstorm content, including custom games and a team deathmatch mode. After a trial period these features (along with the new characters, level, and other extras) will be sold as part of the Starstorm package, the pricing of which hasn’t been revealed.