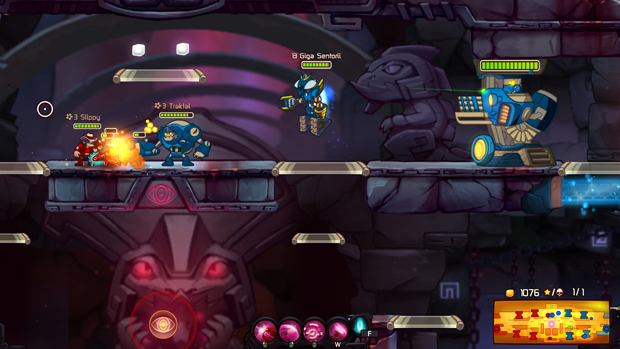 It seems we only just got Penny Fox in Awesomenauts: Starstorm and now Ronimo is back with its 18th character to date, Sentry X-58. He has a risky ability that launches a black hole, dealing back damage he’s taken during a short window of opportunity. That plus a teleport ability usable after not taking damage for two seconds should be a devastating combo.

Also in this update, you’ll find a long-awaited feature: replays. Accessible from the main menu, replays are saved automatically and represent Ronimo’s initial work toward a full spectator mode.

I’m not one to buy character skins, but X-58’s alternate appearance looks so cool. I played a round with him and, in the right hands, he’s going to be deadly. But that’s normally the way with character rollouts — start ’em off overpowered and make tweaks from there.