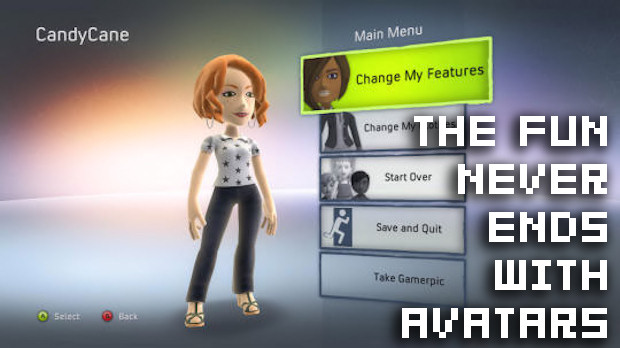 A new survey from Microsoft suggests that Avatars could soon be in direct competition with PlayStation Home, after questions surrounding a “Virtual Setting” for Xbox Live’s twee little freaks have appeared to gage public interest.

The survey asks its participants which of the listed changes they find the most appealing, with one of the options suggesting that gamers could possibly “interact with others via Avatars in a virtual social setting.” Sounds pretty much like Home to us.

As with all these surveys, it’s no evidence that the changes suggested will definitely be implemented. However, it’s certainly proof that Microsoft is thinking about such things, and with Avatars doing very little of anything right now, it stands to reason that MS would want to do something like this. It’s the most logical step for the New Xbox Experience to take at this step, especially with Home making mad bank for Sony.

Also appearing on the survey is a hint that MS is considering unlockable Avatar clothing that works in the same way as Achievements, with in-game actions leading to their acquisition. This is something that has been talked about before, but it’s obviously still on The ‘Soft’s mind.