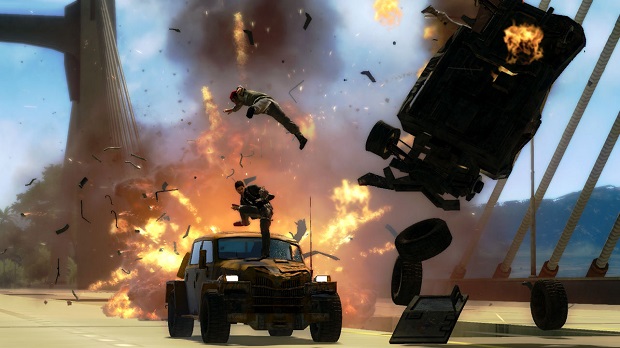 If you’re still smarting over the news that EA now hase exclusive rights over the Star Wars franchise, then here’s some more news to make you wonder about how things might have turned out differently. Former Avalanche Studio manager Oskar Burman tweeted that the Swedish developers “…almost got that deal” to work with LucasArts on a Star Wars game.

Avalanche chief creative officer Christofer Sundberg continued: “If they had given us the deal back then LucasArts would be alive today. A massive [Star Wars] open world game! We would have rocked it.” Whilst the claims weren’t confirmed by the Just Cause studio (Bergen now works at Rovio), it does make you wonder if Avalanche’s knack for open-world mayhem would have been a good fit with the this license? Suppose we’ll never know.