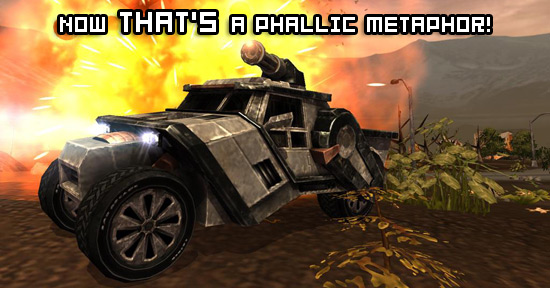 Kotaku brings us word that NetDevil’s vehicular combat MMO, Auto Assault, just crashed head first into the wall of financial viability, killing all passengers and severely wounding the driver. The title, one of the six-hundred MMOs published by South Korean gaming conglomerate NCsoft, was one of the few games to veer away from the standard MMORPG mold by creating a post-apocalyptic combination of Twisted Metal, Death Race 2000, and the single most complex crafting system since, um … reality.