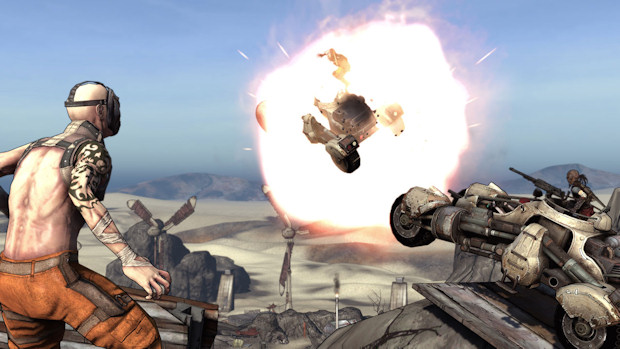 In the recent past, we reported that the Australian Steam version of Borderlands was kinda censored. Aussies who tricked Valve’s digital distribution service into letting them snatch the RPS before its October 30th launch date were greeted with an odd file name that implied their version of the game was somehow altered in a baby-friendly way. Turns out that the non-offensive file added to this specific Steam version did nothing to the game, but that hasn’t stopped 2K from addressing the “extra-file” problem as they promised.

A new statement — presumably given to AusGamers and written by some sort of representative for either 2K or Gearbox Studios — confirmed that the Aussie release of Borderlands is not censored. This extra file business has been blamed on “an internal mix-up” which caused “an incorrect version” to be pre-loaded onto Steam.

Those who downloaded the game, and are bothered by the incorrect (but not incorrect?) version of the game will have to re-download the entire game as the the busted version has “been replaced” on Steam.

The full statement is available through the link, but know that it ends on a happy note. “We apologize,” it reads, “for any inconvenience this may have caused.” No problem, guys. We’ll live through this unless a midget with a nasty streak bashes our skulls while we’re looking at our collective inventory screen.