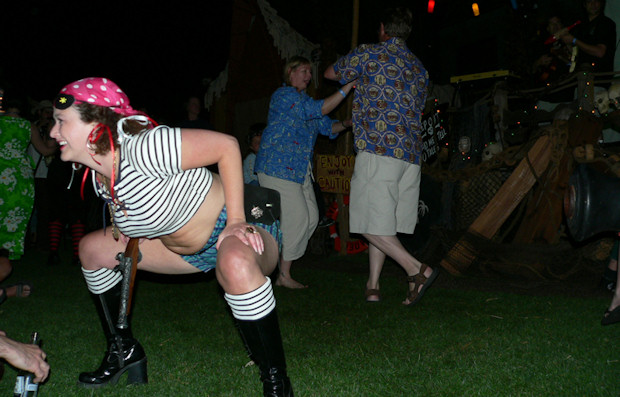 Evil Attorney General Michael Atkinson is the man solely responsible for Australia having to pay more for less content. He is the man standing in the way of his country joining the real world and having an 18+ age rating, the lack of which has led to a number of games being heavily censored or outright banned. He doesn’t think this is a problem though, because “imaginary worlds” aren’t important.

“I am baffled and worried about why proponents of R.18+ games are putting up their hands and saying ‘Give us more cruel sex and extreme violence!’,” said the mollycoddling GA to a concerned gamer. “I cannot fathom what State-enforced safeguards could exist to prevent R.18+ games being bought by households with children and how children can be stopped from using these games once the games are in the home. If adult gamers are so keen to have R.18+ games, I expect children would be just as keen.

“… I think you will find this issue has little traction with my constituents who are more concerned with real-life issues than home entertainment in imaginary worlds.”

It’s amusing to note that Atkinson believes this issue is unimportant, yet also believes these “Imaginary worlds” are capable of so much damage that the public needs to be denied access to them. You better pull up your pants, Mr. Atkinson. Your double standards are showing.