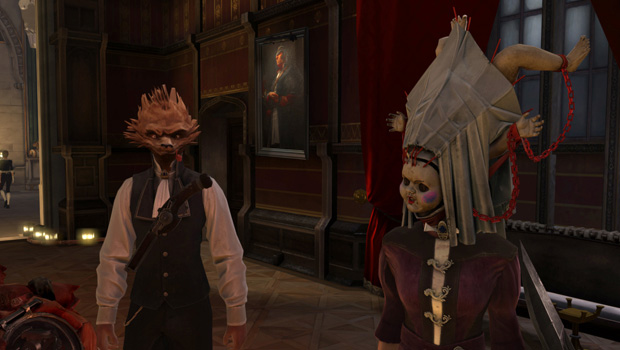 Next month’s Xbox One and 360 titles announced

Microsoft has come out with its August lineup of free games for Xbox Live Gold members and the highlight here is unquestionably Arkane Studios’ stealth title Dishonored. You’ll want to clear hard drive space for it in a couple weeks. But, that’s not the only one worth trying.

The first Games with Gold selections — Crimson Dragon and Strike Suit Zero on Xbox One, and Motorcross Madness on Xbox 360 — will be free beginning this Friday, August 1. Then, it’s Dishonored‘s turn from August 16 – 31. We’ll have a reminder post when the time comes.

One of the recurring complaints for Games with Gold has been its insistence on featuring stuff that many of us own and have owned for years. With Crimson Dragon and Strike Suit Zero next month, at least we’re getting something I imagine not a ton of folks have played yet.