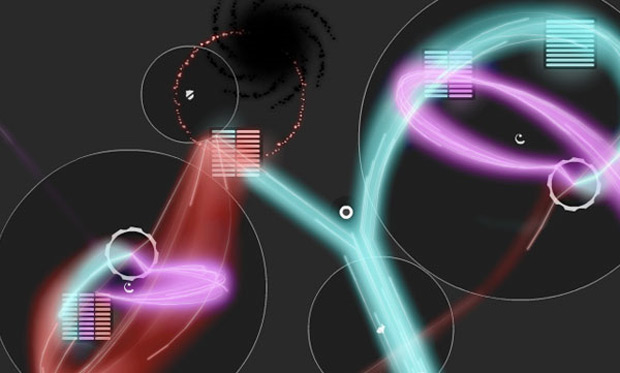 Cipher Prime’s Auditorium is a relatively simple, very self-explanatory game that’s presented brilliantly. Rather than listen to me elaborate further, you can hear Samit discuss it or even try a demo, for that matter.

Oddly enough, GamerBytes reports that Auditorium is making it beyond the realm of PC exclusivity and onto Xbox LIVE Arcade, PlayStation Network, and even PSP Minis sometime next year. Not to discredit the game, but it doesn’t seem like the sort of thing those services tend to offer usually.

Hell, I would take that as a compliment. More than anything else, it’s good news because it means more money will go in the pockets of the guys who created Auditorium. They deserve it.