Left 4 Dead is out on Steam today, and has been stirring the loins of gamers all across the world. Four-player zombie shooting co-op is enough to wet anybody’s whistle, and the Destructoid staff room is absolutely drenched.

In preparation for the zombie apocalypse, Reverend Anthony Burch yesterday pipped everyone to the post by calling dibs on Bill. His reasons for wanting to play as Bill were certainly very convincing, but ultimately do not affect me. That is because he’s welcome to Bill.

Neither Bill, Zoey nor Francis faze me. Go ahead and take those characters, but leave Louis for me. Defy me and there will be trouble. You cannot break the bond of the dib.

You want reasons for this dibbing? Hit the jump, son.

Louis is the most culturally relevant character 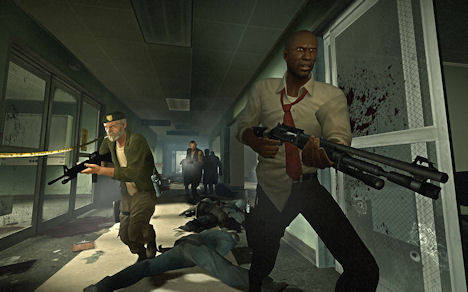 In these times of CHANGE, there is no character in the L4D cast more socially important than Louis. As we look at the changing roles of black people in American society, we see how crucial Louis is to Left 4 Dead. America will soon welcome its first black president into the White House. I welcome the first black four-player co-op zombie FPS character into my house. 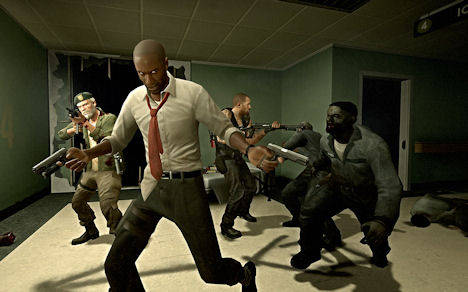 When you look at the Left 4 Dead cast, what do you see? First of all, we have Bill — a grizzled old geezer with military pretensions. Then there’s Francis, your tattooed, leather-clad badass. Zoey is your token woman, who seems devoid of anything other than titties.

Louis, by contrast, has risen above the typical horror stereotype of the black man. Just look at the way he’s dressed. From the look of his white shirt and tie, it is very obvious that he had a decent job before the zombie apocalypse — a job far better, it seems, than any of his fellow survivors.

Also, a black character that survives? I’ll have the power to make it happen!

Louis has turned racial stereotyping on its head. I want a piece of that revolution.

Shaun of the Dead reference FTW 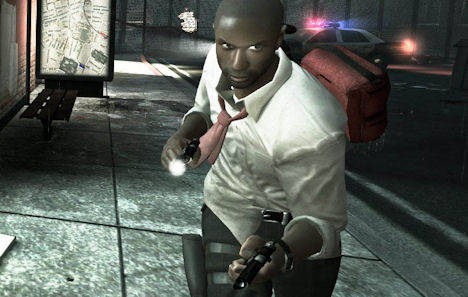 On the subject of Louis’ dress sense, take another glimpse at his choice of clothing. Black trousers, white shirt, red tie? It’s either a very clever Shaun of the Dead reference, or an awesome coincidence. Either way, that connection to an excellent British movie is now mine and mine alone to enjoy. 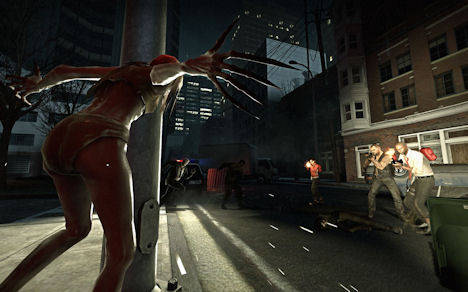 Sure, Bill answers the question with the badass “BOTH,” but it’s Louis that asks “Run or shoot?” Run or shoot is possibly the best system I have ever heard for dealing with a zombie apocalypse, and it is clearly Louis’ organizational skills that have seen it put to rigorous use and, by extension, kept the team alive.

It is also Louis’ idea to use the stairs and get to the roof. He wins at being clever about zombies.

He is more aerodynamic 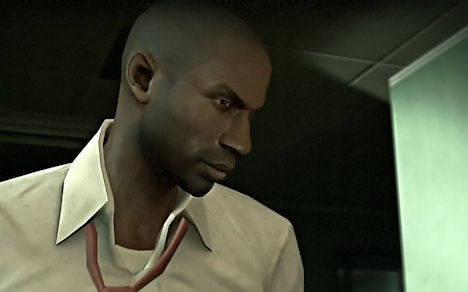 The other characters all have hair. Louis is bald. This reduces wind resistance, making it easier for him to outrun zombies. 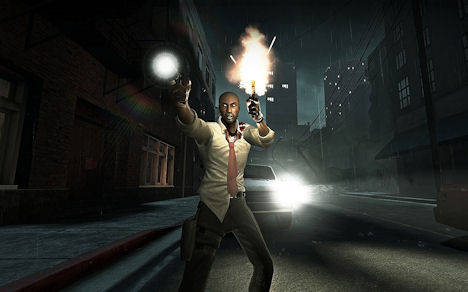 I have to agree with Reverend Anthony on that one. Francis is basically Marcus Fenix, if he retired from the COG and instead decided to fight zombies. And somehow found a way to get even dumber.

I also reckon that Francis is a racist. He and Louis barely interact throughout the whole thing, and I have decided it’s because Francis hates black people. Look at how Louis laughs when Bill wipes the green goo on Francis … clearly there is animosity. Francis also looks like some sort of Neo Nazi fuckpickle, and I’ll not be having any part of it.

Dibbing Louis automatically proves that I am not a racist as well, by the way.

I get dibs because I said I get dibs. A few of you readers saw Anthony’s article last night and thought you’d get the jump on the Destructoid staff by posting community blogs, claiming dibs on the rest of the cast. No. Dibs does not work like that.

As Anthony points out, the strength of the dib factors into the power of the dib, far more than the speed of said dib. It’s a system that works similar to Digg, which sounds similar as well. The Digg and the dib system are both incredibly difficult to understand, seem completely arbitrary and have been randomly decided by people who don’t matter.

That’s why I get dibs on Louis. Because Digg said so. Probably.