Left 4 Dead is available now and, as a zombie fanatic, there was really no choice in the matter of purchasing it. A game in which you run-and-gun through hordes of zombies in one horror film cliché after another is something that simply belongs in my collection.

Some of my compatriots here have demonstrated considerable zeal for certain characters. Jim can have his little nancy-boy, Louis. That suits me just fine. If Anthony wants to play as a character who is mere weeks away from sponge baths and a family who pretends he’s already dead, well, more power to him. Know why?

I have dibs on Francis.

My survivor of choice has been much maligned by certain people who will go unnamed (because I’ve already named them above). They are fools. After the jump, I’ll explain why. 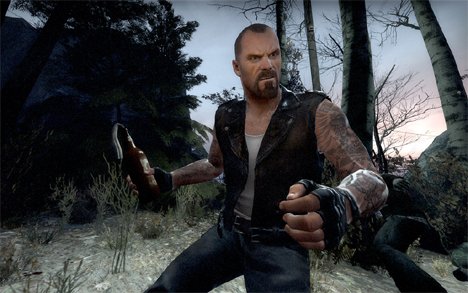 Francis is tough as nails.

The guy is a biker, which automatically qualifies him as dangerous. Don’t let the open vest fool you into a comparison with the leather-clad charicature from The Village People. A life filled with drug abuse, alcoholism and barroom brawls will have put him in a condition in which he is no longer capable of feeling pain. Have you ever read Hell’s Angels? Those people are terrifying.

Francis looks like the kind of guy who could rip the head off a zombie, shove the dismembered cranium into the corpse’s rectum and then rape the bleeding esophagus from the wrong end without blinking twice. This is not a man you want to fuck with.

Check out those sweet tats.

Seriously, dude. Who does his ink? 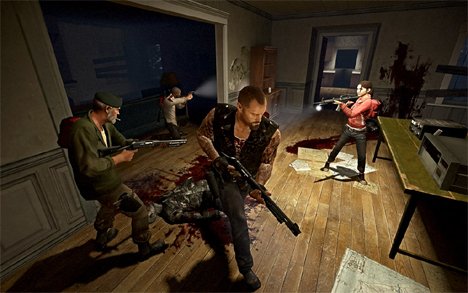 He has more depth than any other character.

When you look at Francis, it’s easy to simply write him off as a stereotypical grunt. This is a mistake. Here we have a man who was cursed by his parents with the name “Francis” in the late-twentieth century, which no doubt doomed him to a life filled with ridicule. That sort of torment changes a man, makes him hard and gives him something to prove.

He could have changed it, hidden from such horrors by calling himself “Frank.” Francis wouldn’t do that. He’s a man of character, one who is willing and able to rise above such petty concerns and focus on what really matters: Guns, booze and broads. 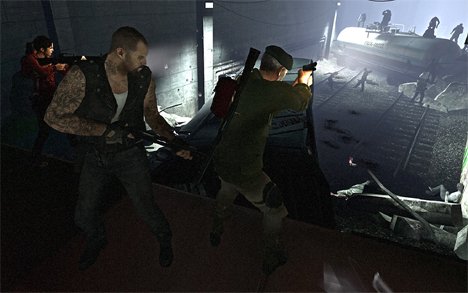 I’ll admit it, Francis may not have the outright smarts of Louis, the experience of Bill or the ass…ets of Zoey. As Socrates once said, “true wisdom is knowing that you know nothing,” which is why Francis has hooked up with this group in the first place. He needs their skills and firepower if he’s going to make it out of this alive.

After the party has made good on their escape, I can see things taking a turn. In the world I imagine, Francis would kill his former teammates while they sleep for being know-it-all pricks. Except for Zoey, that is. Sure, she’ll be upset for a while but she’ll come around. The Earth will have to be repopulated, after all. Speaking of Zoey…

I don’t have a problem with playing a female character in games. It’s something I do on a fairly regular basis. My only real issue with Zoey is that, if I’m playing as her, I can’t watch her run about while drooling with a lewd expression on my face. Shallow, I realize, but there it is. 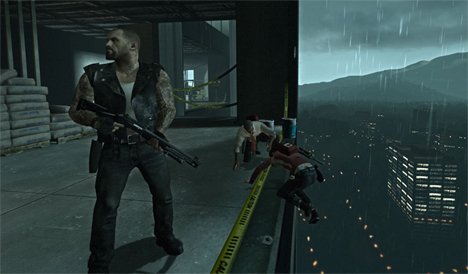 You know, that’s an excellent question. With the number of people that I’ve seen express distaste for the man, you’d think I wouldn’t have to resort to such a maneuver to ensure my control over him. You would be so wrong.

See, at some point, those people who are so busy wanking over the other characters are going to realize their ultimate inferiority to this prime example of the alpha male. I’m getting out in front of that right now and staking my claim. I don’t give a damn what you say about it because, like Francis, I will stab you if you stand in my way.

I will gut you like a fish, asshole to adam’s apple.