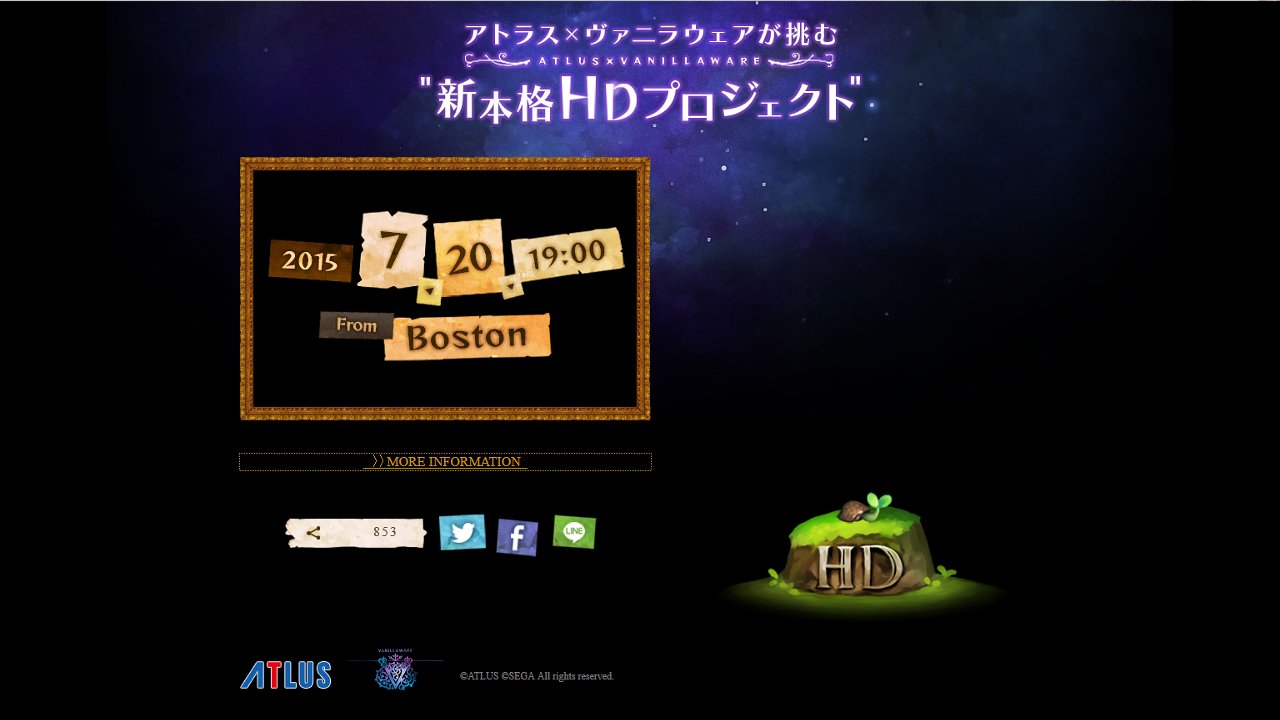 That’s all I got

Visit this webpage (screen capture above). Ok, we’re on the same level.

Vanillaware most recently did an HD version of Muramasa for Vita in 2013 and also developed Dragon’s Crown, which Atlus published (in Japan and North America), that same year.

So, what is this? Does the bulbous “HD” in the title mean it’s an HD remaster, perhaps of PS2 JRPG Odin Sphere, which Atlus also published? And why am I suffering from sudden, inexplicable pain between the ball of my foot and my big toe? Does “Atlus x Vanillaware” imply a more substantive partnership, maybe even a new project, for which Vanillaware seems due?

All of these questions should be answered by next week, from Boston (and livestreamed). Well except the one about my sharp foot pain. It really hurts, guys

Boston bonus: Despite it being the home of Holmes and the worst sports fans, I, a lifelong southern gentleman, was completely wrong about where Massachusetts actually is, just accidentally stumbling upon the state outlined in a mistyped Google search.

forget world geography, last night i learned i had no idea where massachusetts/boston actually is

also, given that san francisco is on the same line as kentucky and virginia, I’m going to start saying i’m southern and of the south, now

Look, what the hell cause do I got for knowing what state’s which, especially way over on the least coast?

Destructoid’s Darren Nakamura found me an online map quiz (he got 49 because of a typo, I think) and I got to the 10th state in this list before getting completely lost. Nebraska? Kansas? Wyoming? Good lord, I don’t know. I also might have switched Arizona and New Mexico, but I at least got 6/9.