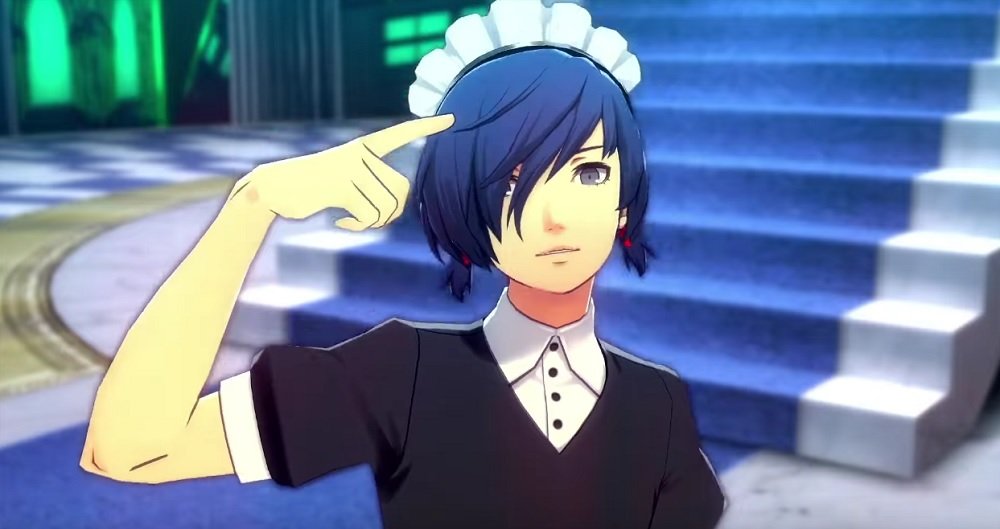 P3 protagonist as a maid is absolutely my jam

Today sees the western release of Atlus’ rhythm-action games Persona 3: Dancing in Moonlight and Persona 5: Dancing in Starlight. Both games are pretty damn cool, and are available as separate releases or bundled together – along with former PS Vita release Persona 4: Dancing All Night – as the Endless Night Collection.

All three games, however, were notorious upon their Japanese debuts for their heavy DLC content, which has also made its way west. Here’s a very brief guide to what’s available, when, and where as, to be honest, it’s not been made particularly clear.

In North America, you can currently purchase two separate costume bundles, one for P3D and one for P5D, as well as a joint accessories bundle – which works across both titles – and a joint song bundle – which works across both titles. Separate songs/dances can be purchased for Persona 4 Arena characters Labrys and Sho Minazuki. It should be noted that these characters are not included in the song bundle. Also important to mention is that the song bundle does not feature choreography for the in-game dancers. All tracks in the song bundle only display music videos in the background (anime/intros/live footage etc).

In Europe, only the song bundle and accessories bundle are currently available for purchase. The remaining DLC will arrive on December 11, along with a demo. European players picking up the Endless Night Collection within two weeks of release will also receive songs/dances featuring Persona 3’s hard-ass Shinjiro Aragaki and Persona 5’s stink-ass Goro Akechi. These characters were formally pre-order bonuses in the U.S. edition and are expected to release separately at a later date, alongside Velvet Room assistant Lavenza.

The costume bundles include the previously released crossover outfits from Catherine, Yakuza and Virtua Fighter. Whether all the previous DLC content for P4D will also be re-released for the new PS4 edition remains to be seen. Although cross-save is supported, none of this DLC is transferable between PS4 and PS Vita because of course. Sae Niijima and Ohya Ichiko did not make the cut as DLC characters which, at the end of the day, is the biggest issue here.

For all DLC content currently available to U.S. users; the costume bundles, the accessories pack, the song bundle, and Sho and Labrys, the price-tag will run at around (deep breath) $95. This does not include the games themselves. You can find a full list of bundle contents, along with prices, right here.

Persona 3: Dancing in Moonlight and Persona 5: Dancing in Starlight are available now on PS4 and PS Vita. If you are planning on buying one at full-price, over waiting for a discount, then I’d strongly recommend you go all-in and buy the Endless Night Collection. Content-wise, it just works out as better value.