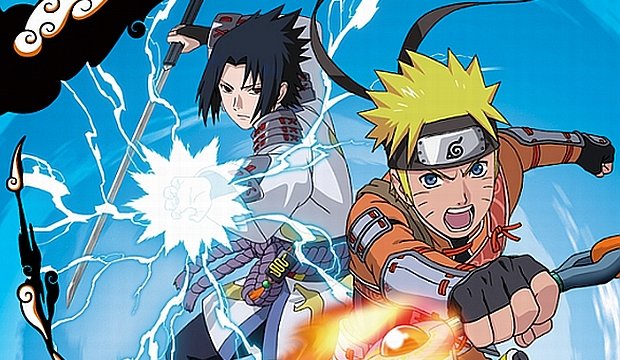 A videogame-playing friend of mine unfamiliar with the glory of Atlus once relayed to me his impressions of the company.

Ah, the unenlightened. I fully understand his sentiment. He mostly plays Halo and Call of Duty, after all. I clarified to him that while most Atlus-published games are heavily anime-styled, Atlus has not actually released to many games that are full-on, licensed from a non-game anime IP.

Dragon Blade Chronicles looks like an action game showing Naruto and friends beating up on monsters while wearing surprisingly “RPG-looking” gear and wielding magic dragon blades. Naruto vs. Sasuke is a sidescrolling beat-em-up with some spiffy cell-shaded graphics.

And in classic Atlus fashion, sweet preorder and premium bonuses. Ordering the limited edition of either game on Amazon nets you sets of five character figurines, and preordering the standard version at Gamestop (online only) produces a cool black-and-orange baseball cap with the ninja logo-thing on the front. As with the Persona 3 Portable Junpei cap, this sort of thing is far less embarrassing than many other forms of anime-fan apparel.

The Dragon Blade trailer is above, and the Naruto vs. Sasuke trailer is below. What do you think? You into any of this? Is your instinctive “buy Atlus” reaction having any effect? Still embarrassed by the cap?