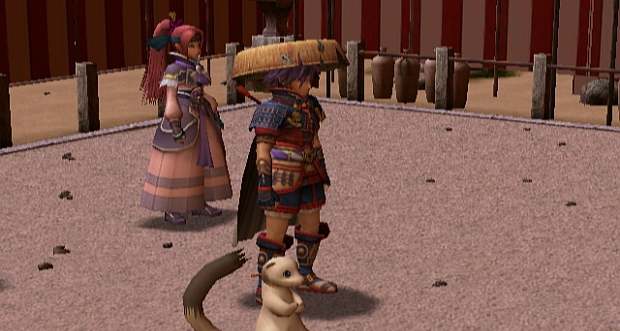 Don’t worry, Atlus may be known for its propensity for importing Japanese cruelty (alonside Shin Megami Tensei games), but they promise that THIS time, with the February 10 release of Shiren the Wanderer for Wii, you won’t be completely broken.

Atlus first official blog post reveals that despite being a self-professed roguelike (the sort of dungeon-crawler game that ganks all your items when you die), Shiren the Wanderer contains a lot goodness that fans of Shin Megami Tensei and more story-driven JRPGs crave.

The game boasts a huge monster list, massive customization system, three playable characters, and a plot spanning a thousand years. But fans of frustration shouldn’t worry, for Project Lead Scott Strichard had this to say:

You veteran dungeon divers who prefer that games come just short of leaping out of the TV and stabbing you have gotta be wondering what Shiren has in store for you. Well, you haven’t been forgotten. How does a 1,000 floor dungeon crawl sound? No, that’s not an extra 0. One. Thousand. Floors.

A floor for every year in the story! It must be good!