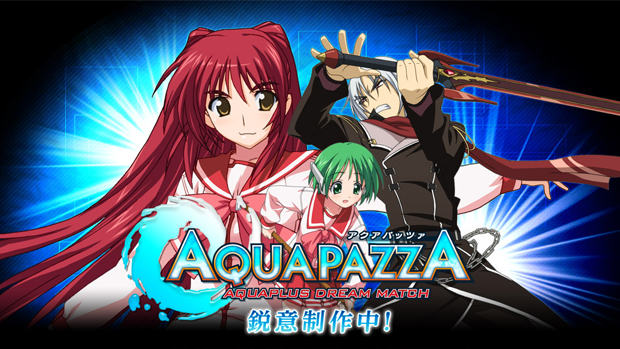 The PlayStation 4 and Xbox One may be looming just around the bend, but that doesn’t mean it’s time to put your current generation systems out to pasture just yet. Software will continue to trickle out for older platforms following next month’s hardware transition, as is the case with Atlus USA’s upcoming fighting game AquaPazza: Aquaplus Dream Match.

The publisher released a new trailer for the crossover fighter, which vaunts a cast of characters from the catalogue of visual novel distributor AquaPlus, featuring a pair of bruisers from ToHeart 2. AquaPazza will release exclusively for PlayStation 3 on November 19 in North America.