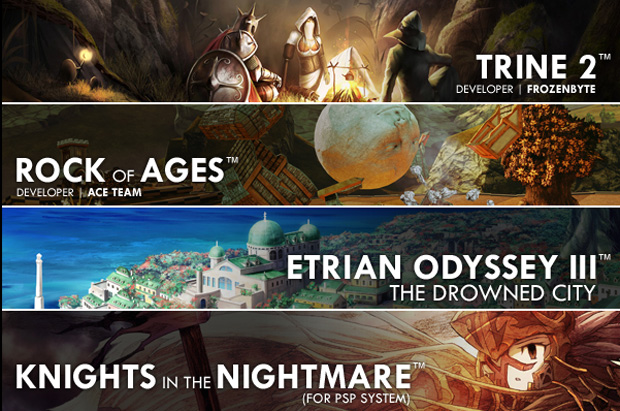 Atlus has sent along a vague email that tells us some of what they have in store for us at E3 next week.

You could have probably guessed one of them. Not too long ago we told you that Frozenbyte and Atlus were teaming up for a digital release. And not too long before that it was revealed that Frozenbyte was working on Trine 2. So guess what? We’re going to see Trine 2 at E3. Good news.

Here’s the other titles, all of which I’m excited to see:

They also tease that there is a possible secret or two they’re holding onto. We’ll bring you hands-on previews of these and more next week.