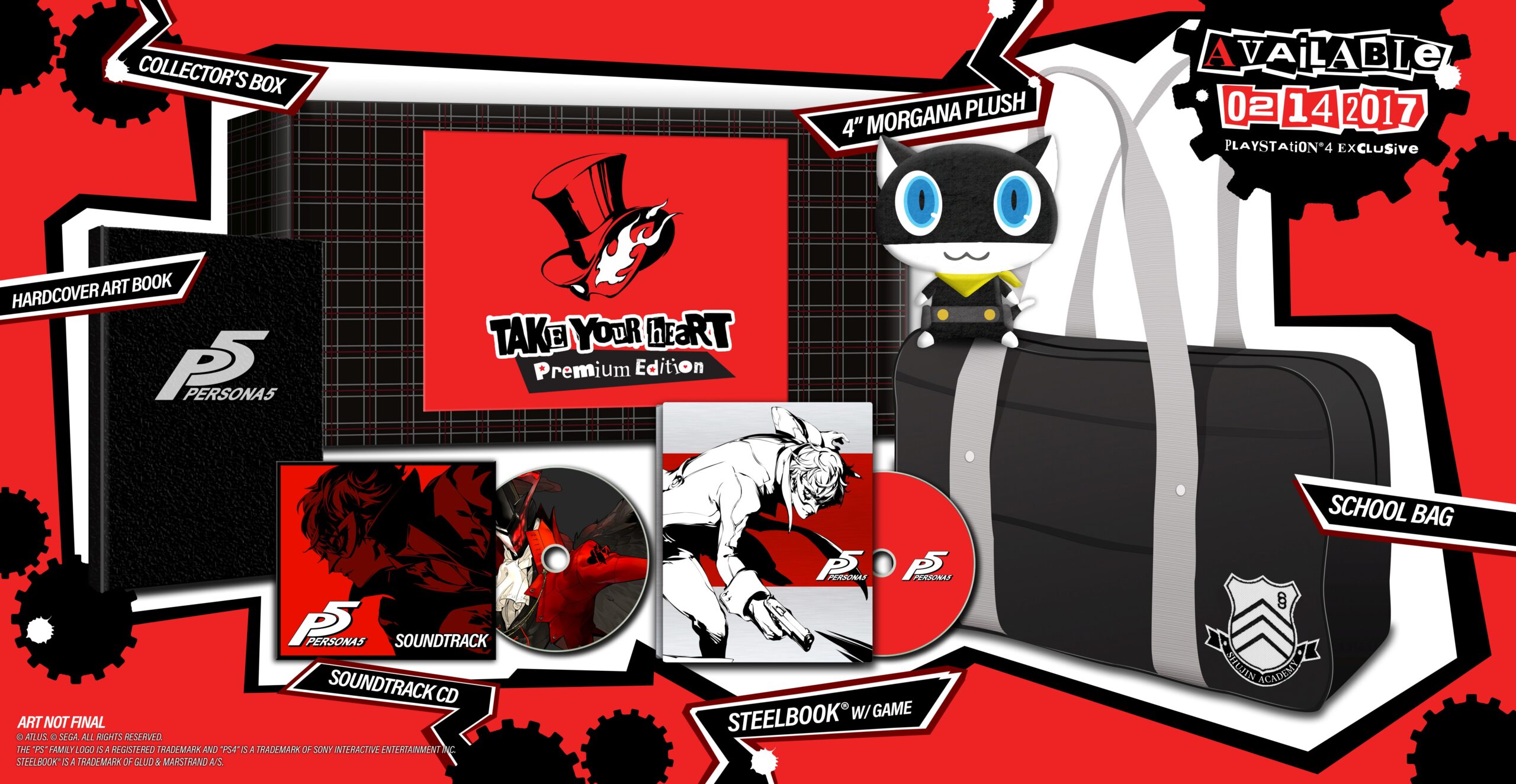 Schoolbags, Soundtracks, and Plushes, Oh My!

Persona 5 will be out on Valentine’s Day next year, but it’s never too early to put down a preorder* for the game. Conveniently, you can do that right now, especially if you’re the type who enjoys the occasional fancy collector’s edition.

The “Take Your Heart” Premium Edition of Persona 5 will be sold for $89.99/CA$109.99, and will include a soundtrack CD featuring the music of series composer Shoji Meguro, a 64-page hardcover artbook, a 4″ plush toy of Morgana (the talking mascot cat), a SteelBook case for the game, and a Japanese-style School Bag emblazoned with the crest of Shujin High School, the school the characters go to in the game.

There are of course regularly-priced editions of the game available, including a limited-run PS4 SteelBook Launch Edition for $59.99/CA$79.99 and a standard PS3 edition for $49.99/59.99. Sadly for PS3-only folks, the special editions are exclusive to the PS4 versions of the game.

This stuff is all well and good, but I have to say I was hoping they’d do a thing more like  Atlus Japan’s awesome 20th Anniversary Limited Edition, which includes a 5-CD set of music from all the main Persona games. There’s also no word about whether the limited-edition DLC bits and bobs – which include extra costumes for the characters and even some Persona 3 and 4-themed personas – will be in the North American editions of the game. We’ve contacted Atlus USA for clarification on this last part.

*It’s ALWAYS too early to preorder.