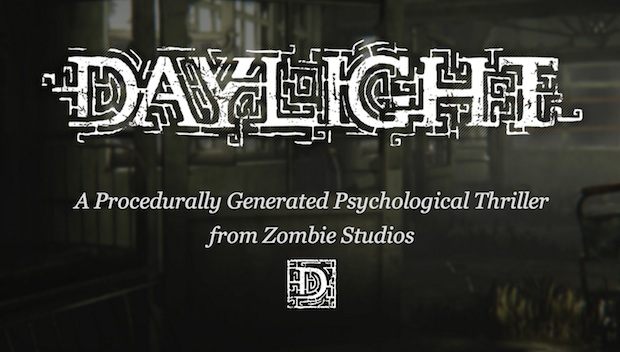 Boo! Did I scare you? No? Well, Zombie Studios’ upcoming PC and PS4 thriller Daylight might. Atlus will be handling the publishing for this downloadable title, and it’s console-exclusive home is on the PlayStation 4. When it drops in early 2014 it’ll arrive on both PC and PS4 simultaneously.

Fun facts: Daylight runs on the Unreal Engine 4, and game industry personality Jessica Chobot worked on the game, providing both writing and voicework.

If you haven’t heard yet, Daylight is a first-person procedurally-generated horror game, meaning that no two plays will be the same, though they’ll all scare you. You’ll play as a person that regains consciousness in an abandoned hospital with only a phone as a source of light. You’ll search for clues through haunted hallways.

For the PS4 version, expect UE4 to rock and roll in the graphics department.  Also, you’ll be able to use the PS4’s PlayStation Eye to snap pictures of scared faces, and then share them socially if you’d like. Atlus says that this version will also let you share and scare with the system’s streaming gameplay support. Finally, 3D support will be added.

For more information and scares, check out the official website.

Atlus tells us that Daylight will be on show at E3. We’ll check it out for you.