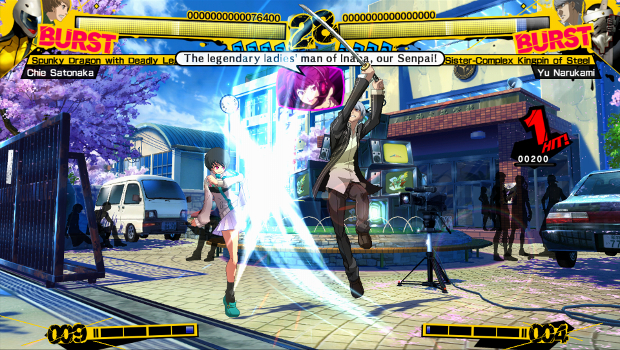 Will have prizes for attendees, tourney winners, and viewers

If you’re in or near Walnut, California the weekend of the 17th later this month, you can attend or participate in an Atlus fighting games tournament at Super Arcade being hosted by Level|Up in association with, of course, Atlus. The two games they will be bringing along are Persona 4 Arena and King of Fighters XIII.

Prizes will be given out to attendees, tournament winners, and those of you watching at home on the official Twitch stream. Grand prize winners will receive a custom-made arcade stick made by Mad Catz and customized by Atlus. Second and third place winners will receive Persona 4 Golden Solid Gold Premium Editions and regular editions, respectively. For full details on the event, head over to the official news post on Level|Up’s blog.

Oh, and Persona 4 Arena is now up on the Xbox Games on Demand. So, if you still haven’t picked it up, you definitely should. It’s easily one of my favorite titles of the year.