We’re drowning in a sea of MOBAs. Dota 2, League of Legends, Heroes of the Storm, Smite, the list goes on and on and on. So it’s really nice to see Trion, developer of Rift and Trove, try something slightly different with their upcoming MOBA-inspired free-to-play game Atlas Reactor.

Atlas Reactor takes the main pull – a large cast of different characters, each with their own abilities and strengths to learn – and rams it into a simultaneous turn-based battle between two teams of four. I didn’t go into it expecting much, but I was really impressed by what I found. 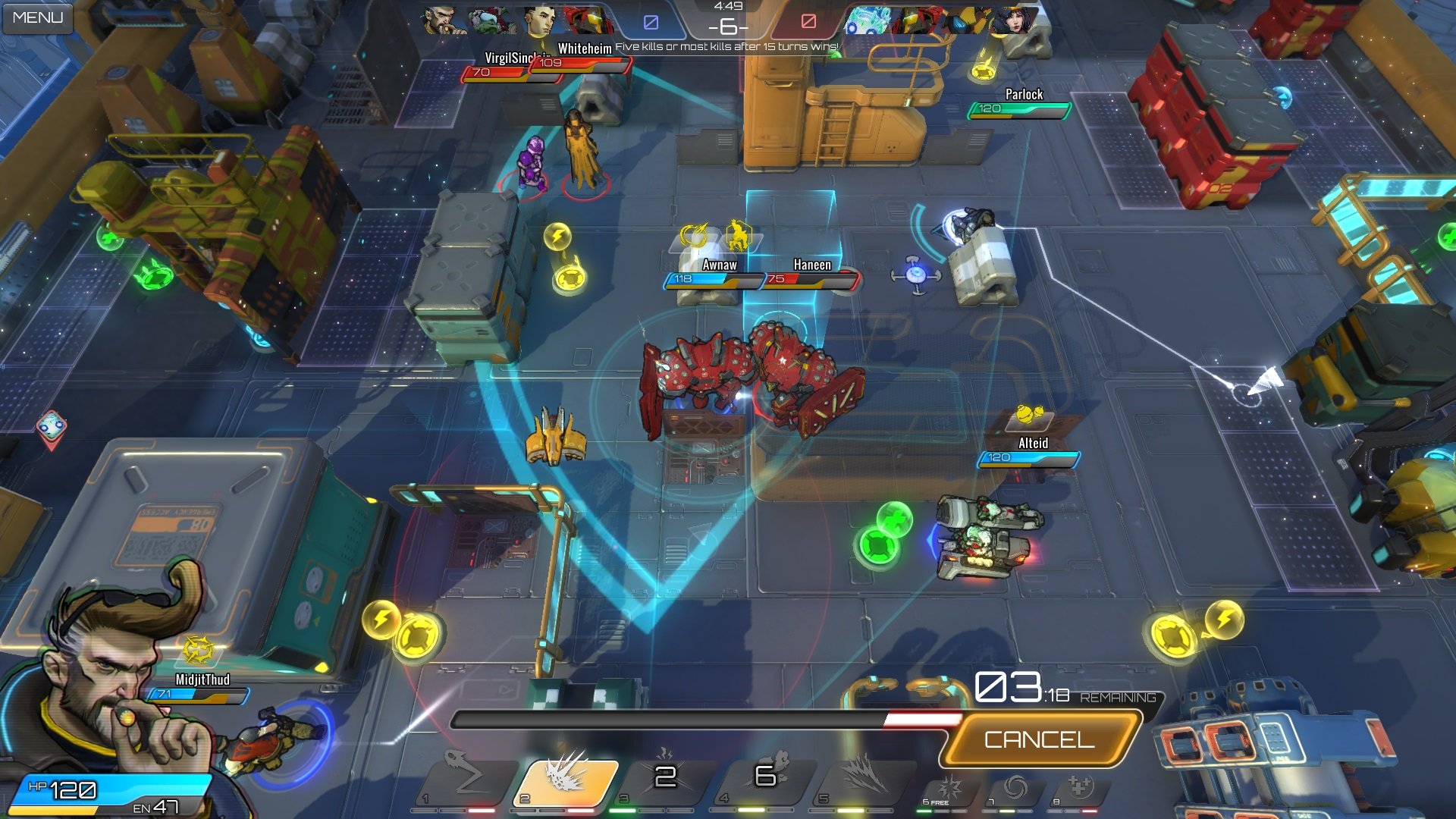 Each player controls one “Freelancer,” and all eight players decide what to do that turn at the same time. Different skills fit into different phases of the turn – prep abilities (such as landmines and shields) go first, then dash abilities, then blast abilities (primary damage-dealers), then basic character movement. The aim of the game is to predict when you’ll be in danger of taking damage, while also trying to get the upper hand on the enemy player, all without actually knowing what’ll happen that turn. It’s 50% skill, 25% luck, 25% channeling Texas the Psychic Horse.

While I’m no an expert in strategy games at the best of times, Trion’s done a fantastic job of teaching newbies how each turn plays out. Novices like me can get straight to learning how abilities interact instead of trying to understand the underlying flow of a turn thanks to the plainly explained phase system. In only a few matches I was pre-empting where enemies would be with landmines, darting to cover, setting myself up to wipe them out with an area-of-effect, and combining abilities with my teammates to deal significant damage.

To make a long story short, it’s probably one of the most accessible strategy games I’ve ever played.

Atlas Reactor definitely wears its MOBA influences on its sleeve, and its free-to-play monetisation system is no exception. League of Legends’ rotating character roster setup is at play here, where a handful of freelancers are free to try out for a limited time. You can buy one type of currency with real money (with freelancers starting at approximately £5 each), or matches will reward your active freelancer with a bit of XP to unlock new cosmetic stuff and reward you with some different currency to unlock new characters. Just like pretty much every free-to-play multiplayer game ever.

I was pleasantly surprised at how generous the currency yield from playing is, even without any of the microtransaction boosts. After only three matches I had enough to buy my first new character, which equates to about an hour of playtime. Once you hit a certain level, daily challenges unlock which reward you with a fairly hefty amount of currency, and most of the time the quests are just “play this gamemode you’ve already been playing.” It feels like the most natural way of unlocking all the characters I want, instead of the constant grind it so often is in other free-to-play games.

At the moment, all the microtransactions appear to either be cosmetic or simple XP and currency boosts, which apply to your entire team and can stack up with other players’ boosts. The entire system is incredibly generous, and, at least in its closed beta state, is completely devoid of anything remotely close to pay-to-win.

The biggest place it struggles is with its lack of originality with its cast. It sometimes has cool ideas (the intelligent cat-beast monster who can spew poison and the robotic dog being neat examples), but a lot of the time freelancers feel like they got lost on their way to the Overwatch auditions. A cyborg guy with rockets, a wisecracking tech-based girl a-la Tiny Tina, the aging cowboy with a robot arm, the sneaky sniper… I just feel like I’ve seen them all a million times before. 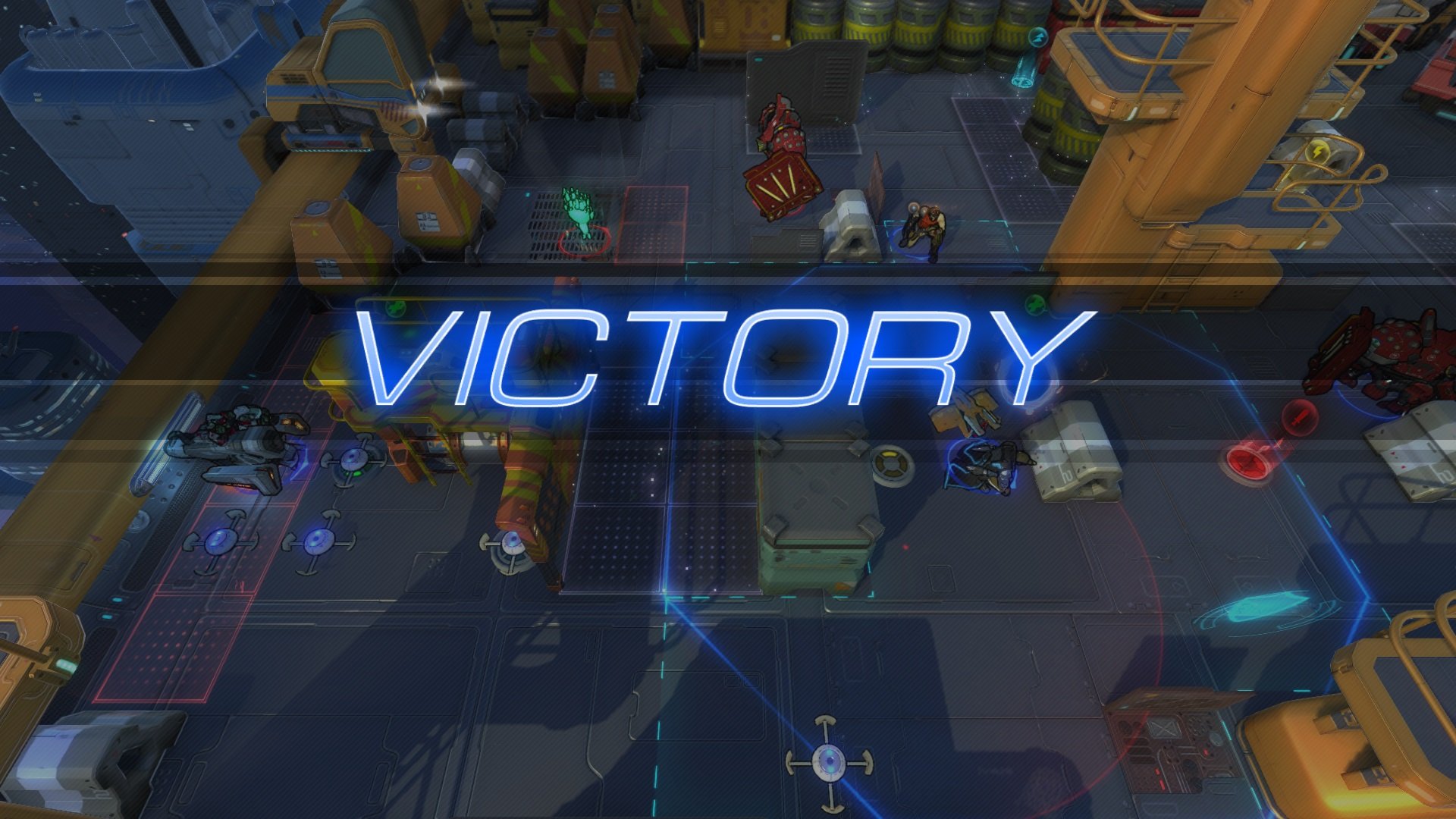 Despite that, Atlas Reactor is showing a hell of a lot of promise. While its inspiration is as plain as day, it’s daring to do something different and interesting with the formula. For people who are either burned out on the genre, or aren’t savvy enough with strategy titles to wrap their heads around them (read: me), Atlas Reactor may well be something to keep an eye on going forward.