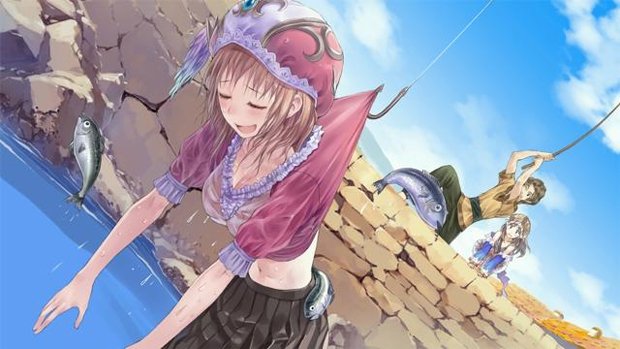 Tecmo Koei is the stealth publisher

Surprise! Atelier Totori Plus: The Adventurer of Arland has unexpectedly arrived on PlayStation Network. Not even officially confirmed for Western release, Tecmo Koei has somehow managed to sneak the game onto the platform without telling a soul. Who needs silly things like press releases or launch trailers anyway?

An enhanced port of Gust’s alchemy-based role-player, this PlayStation Vita title is said to feature an extra dungeon, several new bosses, and additional costumes. Speaking of clothing, players that buy the game between now and April 16 will receive the ‘Devil Bikini’ and ‘Angel Smiwsuit’ costume packs along with the $39.99 purchase.