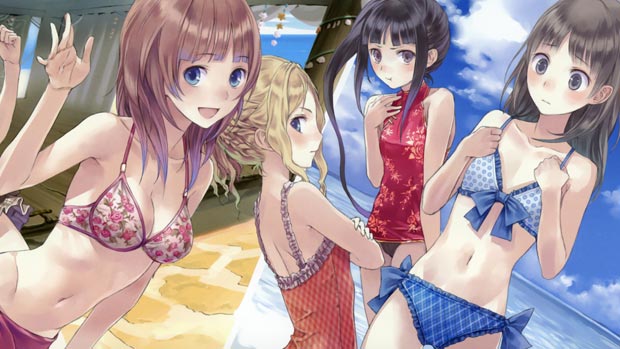 Obviously the Atelier series of RPGs isn’t for everyone, these adorable tales of magical anime heroines a few steps removed from the “burly men with assault rifles” narrative most gamers are familiar with. That being said, though the games may blind you with their cuteness, they definitely seem rather tame compared to other notorious titles, which is why it’s such a surprise that the Australian Classification Board has slapped Atelier Totori Plus with an R18+ rating, specifically calling the game out for its “sexual violence.”

Australia has only recently allowed an R18+ rating for games, so while it’s nice that Australian gamers will finally have access to the same mature titles enjoyed around the world, it does seem that the ratings board is a bit confused about what content deserves this strict rating. Though there aren’t many details on what new content this Vita release is adding, the sexual imagery of the original Atelier Totori involved such shocking scenes as a swimsuit contest, something which only earned it a PG rating from the same classification board.

Meanwhile, the brazen boob bouncing of Dead of Alive 5 Plus received a less harsh MA15+ rating earlier this month, while notoriously violent series like Grand Theft Auto and Call of Duty have traditionally earned the same MA15+ classification (albeit, following some content censoring).

It remains to be seen if this rating reflects some poor decision-making on the part of the Australian Classification Board, or if there really is something new in this version that justifies the major rating change. As this English release hasn’t been officially announced yet, that answer may be a ways off!