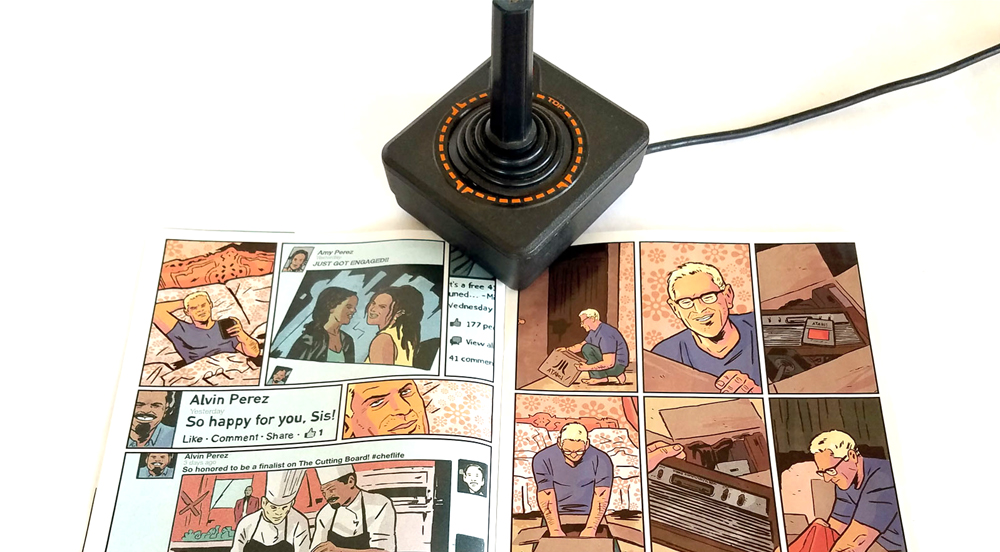 I picked up the first issue of Atari’s Swordquest without knowing anything about it. I loved the Art of Atari book from last year, and knowing the comic came from the same publisher gave me enough confidence to go into this one blind. That was definitely the way to go. As a kid, I went into the Swordquest games the same way, which did a lot to add to their air of mystery and unpredictability.

So I don’t want to give too much away, but without spoiling it, I can tell you it does a better job at expressing the “coming out of the closet” theme than I ever would have expected. The protagonist is a 45-year-old man named Peter who grew up up playing Swordquest with his two best friends, Alvin and his twin sister Amy. As adults, they’ve drifted apart, but after a traumatic life-changing event, a prickly bag of old emotions brings them back together. Then they go on the hunt for the gold encrusted sword that was once an unclaimed prize in a national Swordquest tournament.

There are a lot of things I love about the story so far. Smart and careful characterizations make for a cast that feels genuine and easy to relate to, aiding in the larger narrative’s effort to create a believable space between cold reality and high fantasy. More than anything though, I’m impressed with how understated the expression of self-suppression is here. 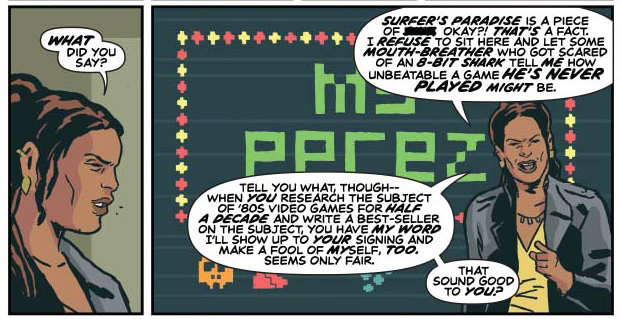 If you’re reading this website, chances are that at one point or another, you’ve felt like you can’t be yourself in mainstream society without being looked down on. Maybe you’ve had to hide your real self behind a bland mask of normalcy in order to feel accepted, or just avoid trouble. If so, you probably learned to quietly hide who you naturally are, maybe so quietly that you didn’t even know you were hiding in the first place. Atari’s Swordquest carries the same quietness, offset against a few boisterous explosions of passion for video games.

Issue #0 is only $.25, but it’s been out since May so it may be hard to find in-print. Issue #1 was released in June, so it should be easier to track down, but you won’t get the full story without them both. If you’re feeling brave, you could always wait to see if they compile the story in a trade paperback, though personally, I’d be more interested in seeing the story adapted in game form.