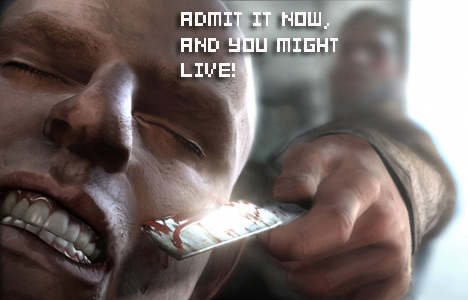 Word on the net has it that a few reviews of Alone In The Dark are based on illegally obtained code for the game, and Atari is none too happy about it. They’re so displeased, in fact, that their lawyers went on the offensive — causing at least one Scandinavian site (as reported by Kotaku) to temporarily pull its lowball score within minutes of its debut on the Internet.

Fast-forward to the present, and German gaming site 4players comes forward with a similar story of being under Atari’s glare, and accused of reviewing a (supposedly) illegally obtained copy of the game. In other words, Atari didn’t send them a review copy personally, yet they were able to post a review on it. Sound suspicious? Maybe not, as the site claims that they simply walked into a local store and obtained their copy the old-fashioned way — by purchasing it.

The common theme among all involved seems to be scores that are less than flattering. The million-dollar question remains: Is Atari doing the right thing in their attempt to preempt negative publicity surrounding reviews of unpolished versions of the game, or is something sinister going on here? Atari isn’t exactly in the strongest of financial positions, and we’re sure they were counting on Alone In The Dark to provide some much-needed relief. As of now, scores for the game are hovering around the 70th percentile, so there’s still time to recover. As someone who’s been looking forward to playing this game since its inception, I hope those scores are indeed flaky. Who do you believe?

[Via Next-Gen and Kotaku — Thanks, Jonathan]

Filed under... #Alone in the Dark#Atari