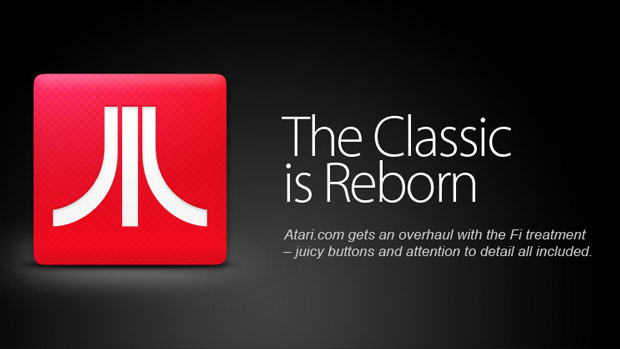 I’m trying to think back to the last time I went to visit Atari.com. Heck, I don’t know if I have ever done so before. Something — my guess would be the continued interest in digital distribution as a viable platform — has provoked change, and it’s change for the better.

The company had Fantasy Interactive come up with an all-new design for the site. At this point, I would say it’s a huge improvement over the previous layout, but I have no recollection of the old look. Well, whatever — it’s looking great either way.

Atari has stated its goals for the online portal, which range from offering free arcade and 2600 games to selling boxed and download copies of its newer line-up to sending out news.

Furthermore, they are teaming up with multiplayer in-browser game site OMGPOP in 2010 to expand upon the aforementioned arcade classics. All in all, it sounds like this overhaul was worth the trouble.