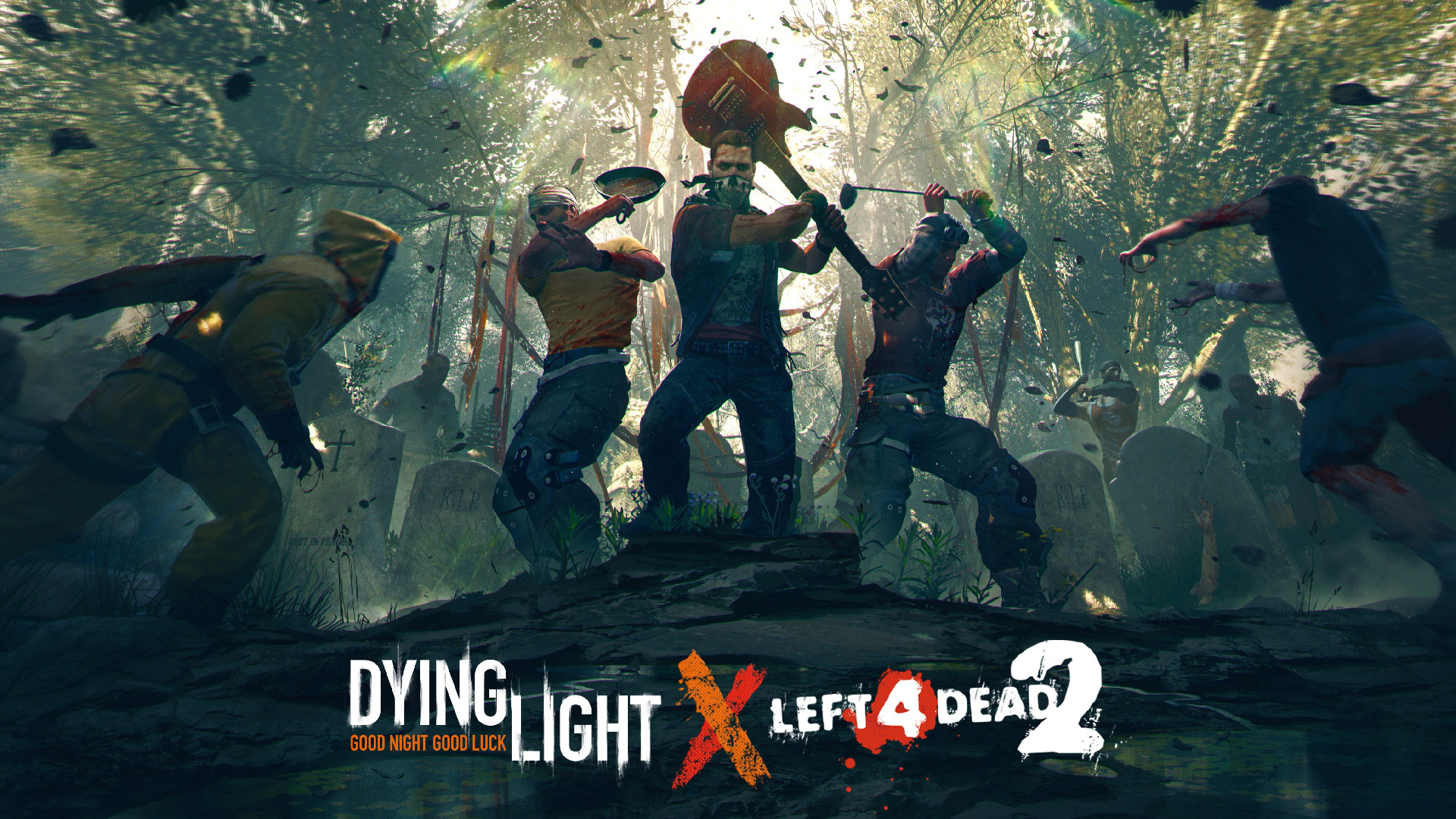 [Update: The Left 4 Dead 2 tie-in for Dying Light is a weapon pack, as expected. A four-day in-game event starting October 24 includes “an increased number of Virals, waves of attacking hordes, an intensifying fight for survival, along with an increased amount of guns and ammo at your disposal.”

If you clear the L4D2 challenges, you’ll get Gold blueprints for the electric guitar, frying pan, and golf club. Otherwise, if you miss the event, you can get standard blueprints for free with upcoming DLC.]

We could really go for a proper Left 4 Dead 3, but Valve has other priorities these days. It’s a shame!

I think we all have our own personal idea of what games the company should make in 2020 and beyond, and for me, it’s that – I can just picture it, y’know? Let’s get the gang back together. I wouldn’t say that a straightforward Left 4 Dead crossover with Dying Light is the next best thing, but at least it’s something.

Survivors!
Are you ready for some serious zombie slaying? #left4dead2 style is coming! pic.twitter.com/Lv4XXyf8Jn

At a glance, I bet this will be little more than a fun nod for Dying Light fans. That’s fine. People love that game. People love Left 4 Dead 2, as well – enough that it’s still popping up almost 10 years later.

If there’s any silver lining, it’s that Dying Light 2 exists and it looks super good.