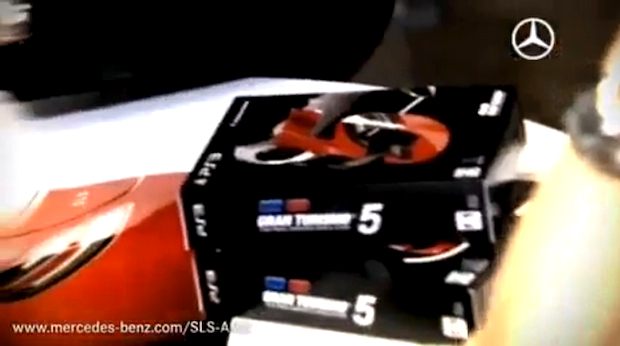 shipped with two discs. Gran Turismo 5 may ship with three.

In a recent video spotted by GT Planet, game creative director and speed enthusiast Kazunori Yamauchi talks a bit the Mercedes’ 2011 SLS AMG in relation to the game. It’s a natural thing to talk about — the sleek car might grace the cover of the packaging. But when he whipped the game out during the video, it wasn’t just a lone box — there were three different cases, none of which we’re familiar with.

As Joystiq notes, signs seem to point towards this being the Collectors or “Special” Edition version of the game. Word on the street is that Blu-rays are pretty big mediums, able to hold significant amounts of data. Surely Polyphony Digital wouldn’t have a problem ramming 87 bajillion cars on a lone disc, right? Hell, Borderlands fit that many guns on a DVD.