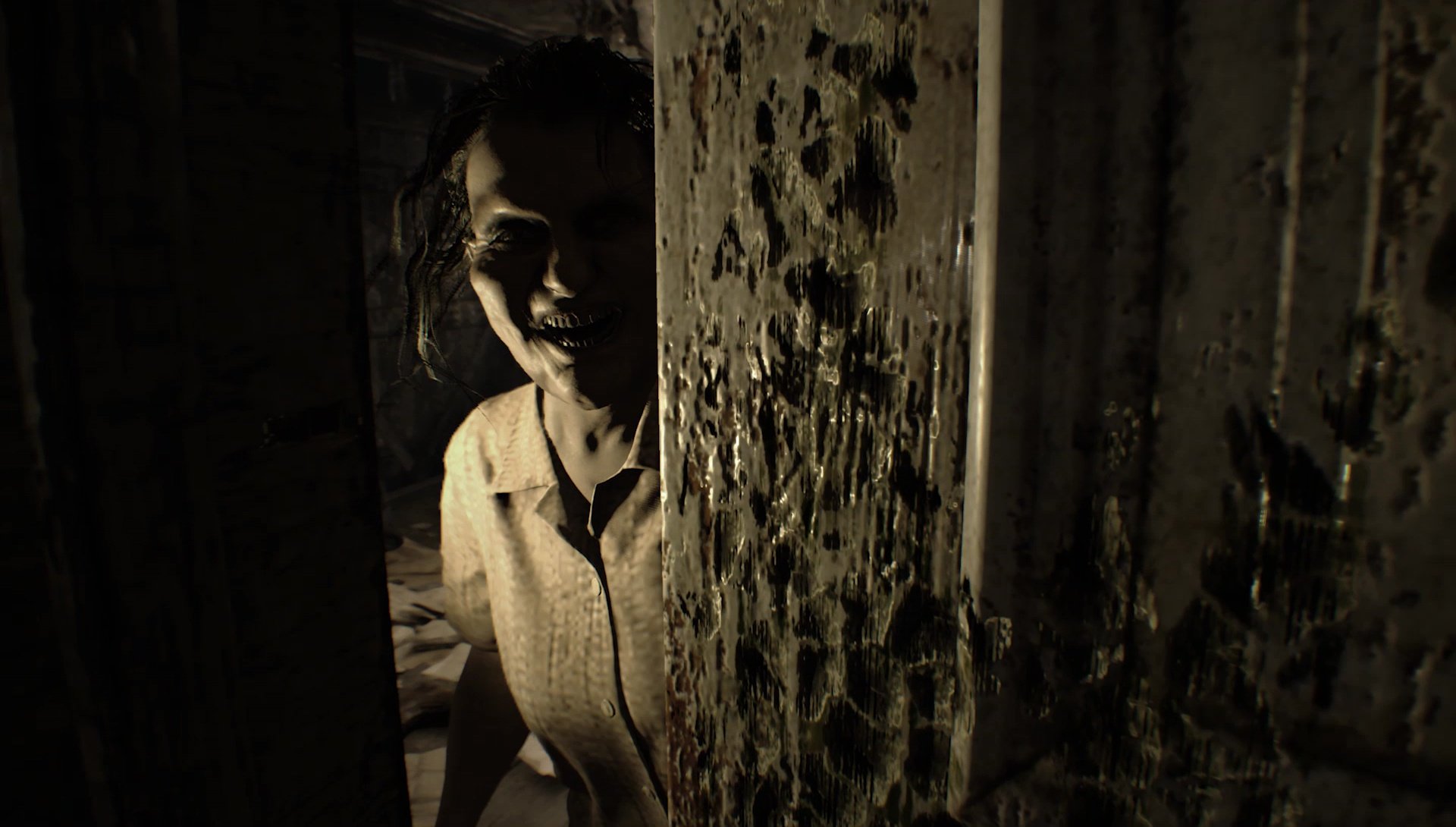 With the scares right in front of their eyes

Resident Evil 7 is usually a scary game, but even when it’s not scary it’s always tense. The Baker compound is full of untold horrors but those horrors aren’t constantly on the screen. In the moments where protagonist Ethan is alone, there’s an unrelenting sense of dread because it seems as if something terrible is always only seconds away.

Yes, Resident Evil 7 is a masterclass in atmospheric design. That’s especially true for anyone playing in virtual reality. In his review, Zack commented “My heart has become stone because of all of the horror media I’ve consumed, and I can usually predict scares. Something about being in VR threw that all out the window, and I was jumping and uneasy almost the entire time I played.”

VR, because of its immersive nature, is surely the best way to experience Resident Evil 7. Almost 10 percent of tracked players have squared off against the Bakers while donning a helmet on their heads. According to Resident Evil‘s website, 684,849 people are playing the game and 65,819 are doing so with PlayStation VR. Those numbers are at the time of writing and are constantly increasing.

An important thing to note is that these statistics are made up of people who opted into the program upon starting Resident Evil 7. That means that the actual number is almost certainly higher (although it’s possible it’s lower if enough people used the same PSVR headset across multiple accounts). Sony hasn’t revealed any sales figures for PSVR, so it’s impossible to know what percent of owners also picked up Resident Evil 7.

While virtual reality is probably the best way to play Resident Evil 7, it’s very possible that Resident Evil 7 is also the best thing to play in virtual reality. Many say it’s the first VR game that feels like an actual game rather than something designed specifically for the technology. Only 10 percent of people get to experience it, but chances are they’re a happy (and terrified) bunch.