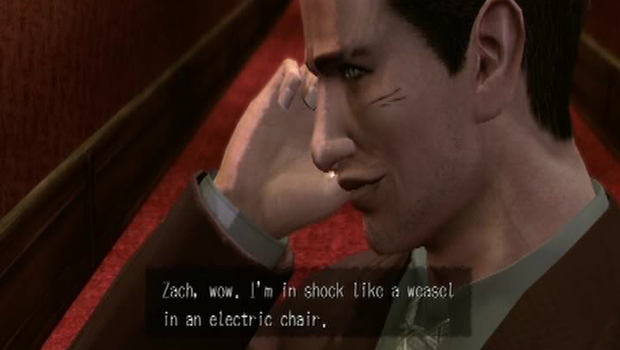 No spooky wards or Joker-types allowed

Fear-mongering is a great way to get people’s attention, and inevitably, their money. On TV, that fear mongering often involves talking about things that TV-producers hope that people who still watch TV don’t know much about, as nothing is scarier than the unknown. That’s why you’ll see so many TV news anchors and pundits link the rash of mass shootings in the US to mental illness and videogames. There is an entire generation of people that feel like they know nothing about videogames, and even more people who’s only education about mental illness came from Sybil, Batman, and Psycho. There are a lot of Americans who crap their pants with fear when they hear headlines like “A mentally ill man is playing videogames in your neighborhood RIGHT NOW, and YOU COULD BE NEXT!”

Not coincidentally, the idea of using people’s lack of knowledge about mental illness and mental health treatment also works to help make a scary videogame. The “monster mental patient”, “evil psychiatrist”, and “being crazy is like being in hell!” tropes have been used in more games than I can count, sometimes in very effective ways. That wouldn’t be a problem if it weren’t for the fact that these are often the only representations of mental illness or psychiatric treatment that we see in gaming at all.

The Asylum Jam is looking to change that, challenging developers to make games that do “not use asylums, psychiatric institutes, medical professionals or violent/antipathic/’insane’ patients as settings or triggers”, working to show “that you can still create a great horror experience without using inaccurate stereotypes of those who suffer from mental illness, or the institutions that support them in diagnosis and recovery.”

I wonder if a game like Neverending Nightmares, which uses metaphors to express how terrible OCD and Depression can be would qualify, as it works to help the player relate to someone suffering from psychiatric symptoms, as opposed to depicting them as someone who wants to murder you for no reason?