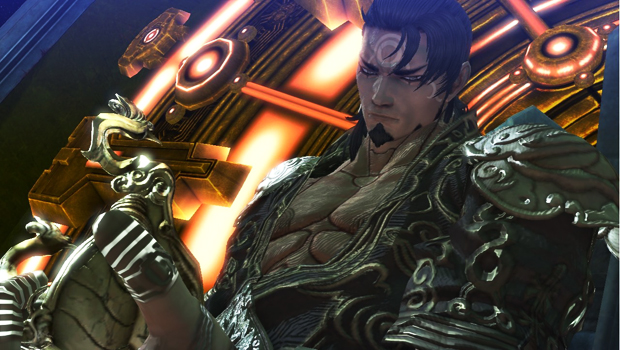 Capcom has unveiled a new playable character in their upcoming action title Asura’s Wrath. And if you’re familiar with the game’s E3 trailer you just might recognize him. While the E3 footage illustrates a dramatic fight sequence between the two characters, this is the first real tidbit of information on the man behind the mask.

Yasha blames Asura for the death of his sister (Asura’s Wife), but has yet to decide whether to take revenge on his brother-in-law or help him in the fight against the Shinkoku army. As far as gameplay goes, Yasha is said to sport a faster, more intense combat style.

More information about Yasha and Asura’s Wrath will be unveiled next week at the Tokyo Game Show. We’ll be sure to keep you informed when it does. In the meantime check out these awesome new screens in the gallery below.