Following in the footsteps of virtually every major game studio on the planet, Asura’s Wrath developer CyberConnect2 is opening a new office in Montréal, Canada, CEO Hiroshi Matsuyama tells Famitsu.

According to Matsuyama, the Montréal location will be a full-scale operation that will help the company expand its reach worldwide. If you’re curious as to why the Fukuoka-based firm is setting up a second shop halfway around the world, Matsuyama says CyberConnect2 needs some “blue-eyed samurai,” but it probably also has something to do with the generous tax incentives Montréal offers to game makers.

During the interview with Famitsu, Matsuyama also discussed something called “Project Venom,” a shooting-based action game CyberConnect2 is currently working on. While details on the title are scarce at the moment, Matsuyama compared some of the early concept art (pictured below) to Studio Ghibli co-founder Hayao Miyazaki’s 1984 film Nausicaä of the Valley of the Wind.

If all goes according to plan, CyberConnect2 hopes to self-publish “Project Venom” worldwide for PlayStation 4, personal computers, and Xbox One sometime next year. 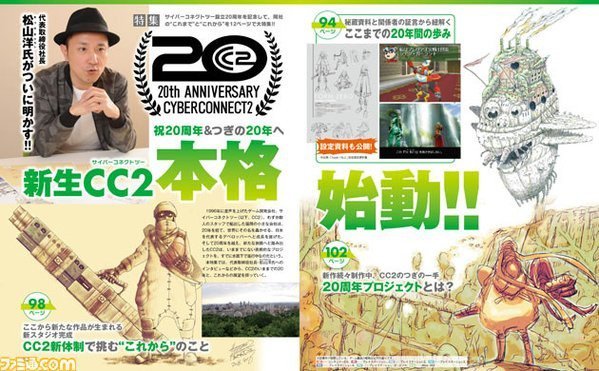