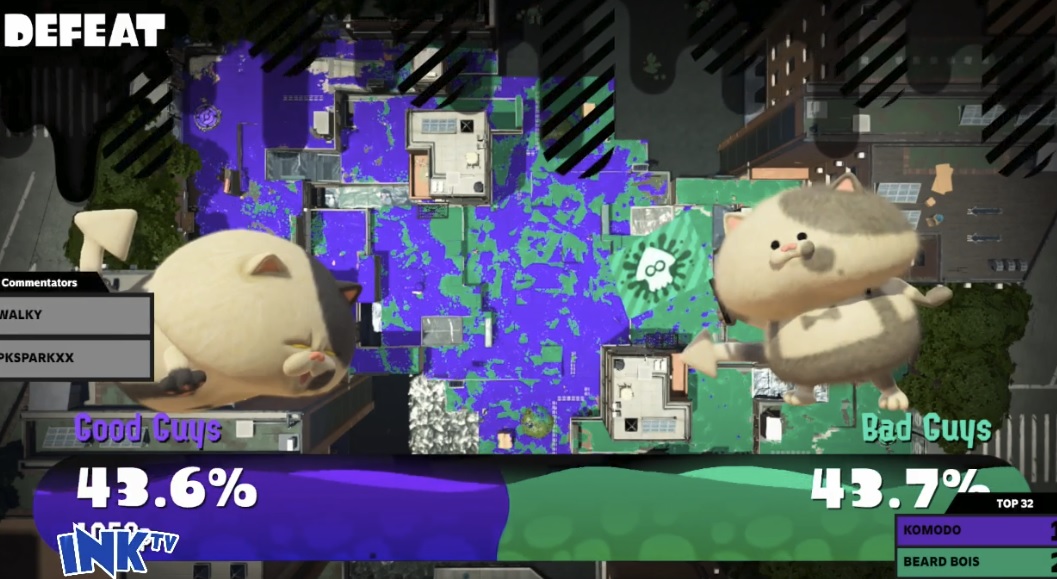 Random little Splatoon 2 tournaments are happening throughout the year, especially leading up to a showdown at this year’s E3, and that includes the recent Inkling Open qualifiers this past weekend.

Just several days ago in one heated match the Beard Bois and team Komodo battled it out in Turf War, and the score came down to….0.1%. Yep, it was that precise. To sort of clarify things most Splatoon events don’t typically run Turf War games in favor of other matches. Also, as a few spectators have pointed out over the course of the tournament — walls do not count in the splat percentage.

It’s also a good reminder to always be inking, even when you’re spawning in, as it could make all the difference.