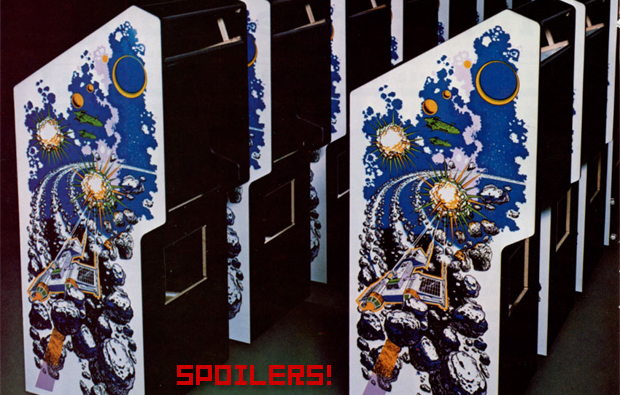 I still can’t get over the fact that Universal bought the rights to produce a film based on the game Asteroids. No, it wasn’t your imagination; that actually happened. I mean, do you really need the Asteroids license to make a compelling movie about space and uh, asteroids? Apparently.

IGN recently scored some choice quotes from Asteroids producer Lorenzo di Bonaventura, and we felt obligated to share them with the rest of you: “It’s funny because people say there’s nothing in the game, but that’s not entirely right.”

“I was attracted to Asteroids, plain and simple, because I think what it tells you is that there’s going to be this big thing in space,” he said. “We’ve crafted a really strong, deep mythology for the thing. Without divulging too much about it, it’s two lead characters — two brothers — who have to go through a seminal experience to figure out their relationship, against this huge backdrop.”

You know what the worst part about this is? I can almost guarantee we’ll see a videogame adaptation of this videogame-based movie. They’ll call it Asteroids: The Movie: The Game.