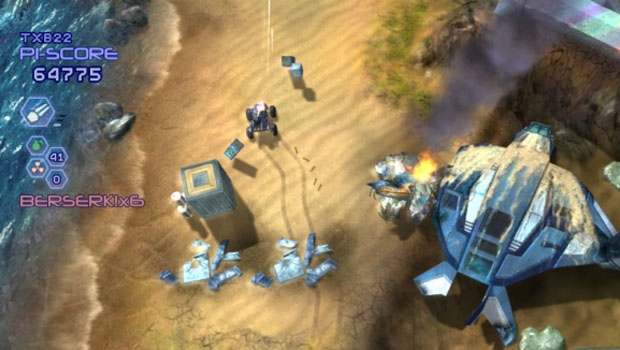 Konami has announced that it’s bringing Assault Heroes to the PayStation Network in 2010.

Yes, that’s right — Assault Heroes, an early Xbox LIVE Arcade game that was released in 2006. The game is so old, we reviewed its sequel last year. In its defense, Konami does mention that the game pushes “the boundaries of timeless 2D action.”

I will say that Assault Heroes is pretty damned good, with its cooperative shooting-crap-up gameplay. But this is three years later, and from what Konami is saying, it doesn’t look like it’ll be any different than the XBLA release.

If you do have an Xbox 360, you can pick the game up for a cool 400 MS Points. While Konami hasn’t mentioned pricing, you can only hope it comes in at around the same price ($5.00).