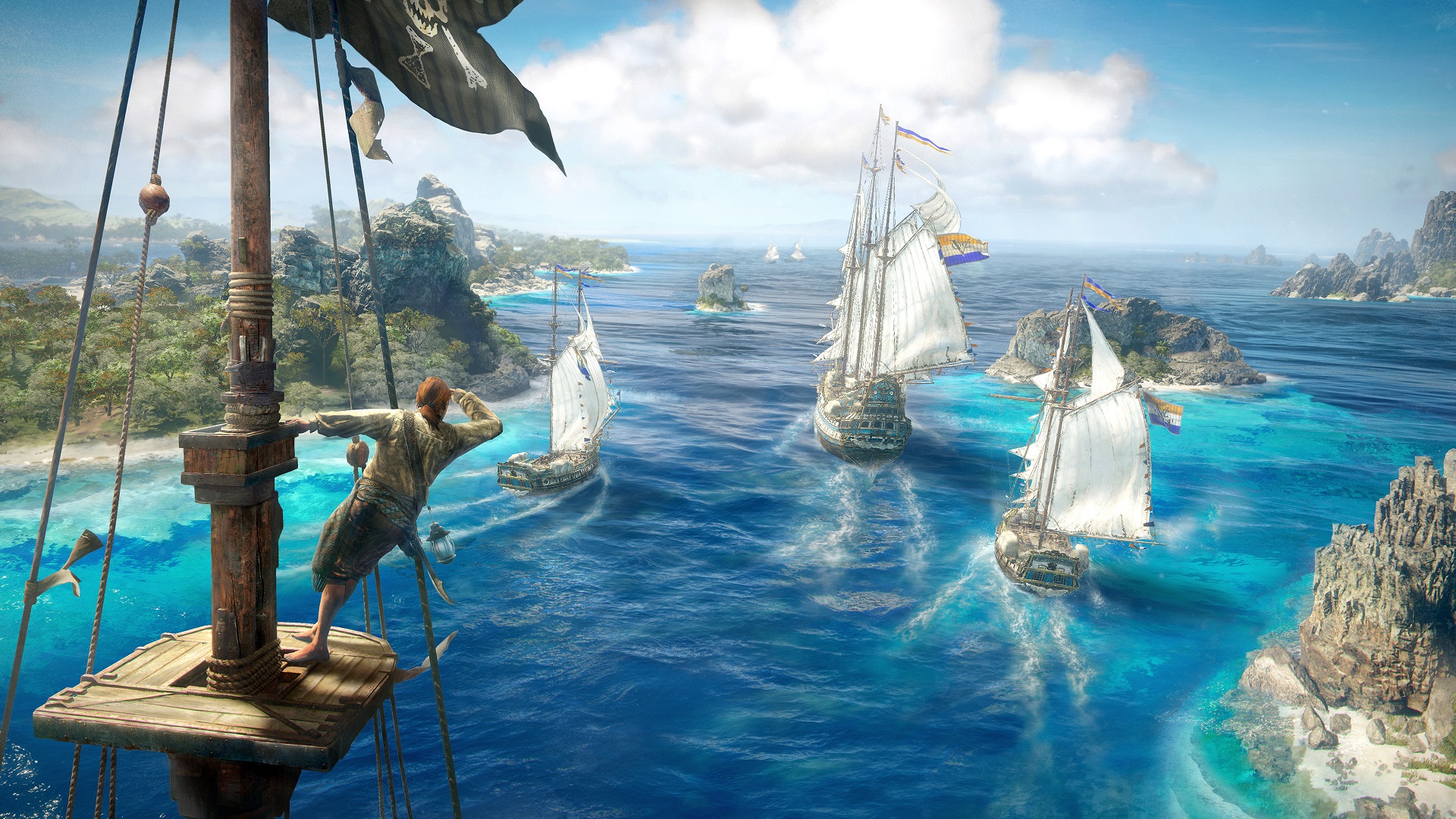 Ubisoft’s new pirate game, Skull & Bones, is a recycled idea. No one has delusions that it’s wholly original, because its source material is so obvious. Ubisoft is borrowing from itself here, but not in a way that feels uninspired. Rather, Skull & Bones feels like the natural evolution and conclusion of a genuinely great mechanic.

Quick history lesson: The first iteration of Skull & Bones‘ pirating systems debuted in Assassin’s Creed III. At the time, it was just a series of side missions but somewhere during development, Ubisoft realized it had a hook that could carry an entire game. The next series entry, Black Flag, was built around the ship stuff. People ate it up.

I have a minor confession to make. I didn’t really like the naval direction of Black Flag (and Rogue, I guess). In a vacuum, I actually loved the sailing and sea dog combat. But, it wasn’t what I wanted from an Assassin’s Creed game. The emphasis on pirating stripped away too much of the running around large cities and jumping off tall things that I had come to mindlessly love.

Skull & Bones is the distillation and augmentation of the Black Flag success story, free of the association with Assassin’s Creed. It’s a more pure pirating pursuit, really only focused on killing, plundering, and getting away with it all. The finer things. Skull & Bones, at least from the E3 demo we played, isn’t anchored down by excess.

The format is simple: It’s a five-on-five game where each player controls their own ship. The two teams start opposite of one another as they set off to destroy and loot some NPC merchant boats. Eventually, the two sides converge as everyone wildly takes aim at one another. Sailing over the wreckage of a sunk ship nabs their gold. The goal is to cumulatively acquire as much loot as possible and escape with it; whichever team leaves with the most is the winner.

Anyone who has played Black Flag shouldn’t have much trouble falling into the mechanics. They’re almost identical. Adjusting the sails affects ship speed. Get alongside someone to fire the cannons at them. Brace for impact if someone’s firing at you. Prepare for big swooping turns because these boats can’t turn on a dime. All that stuff and more. 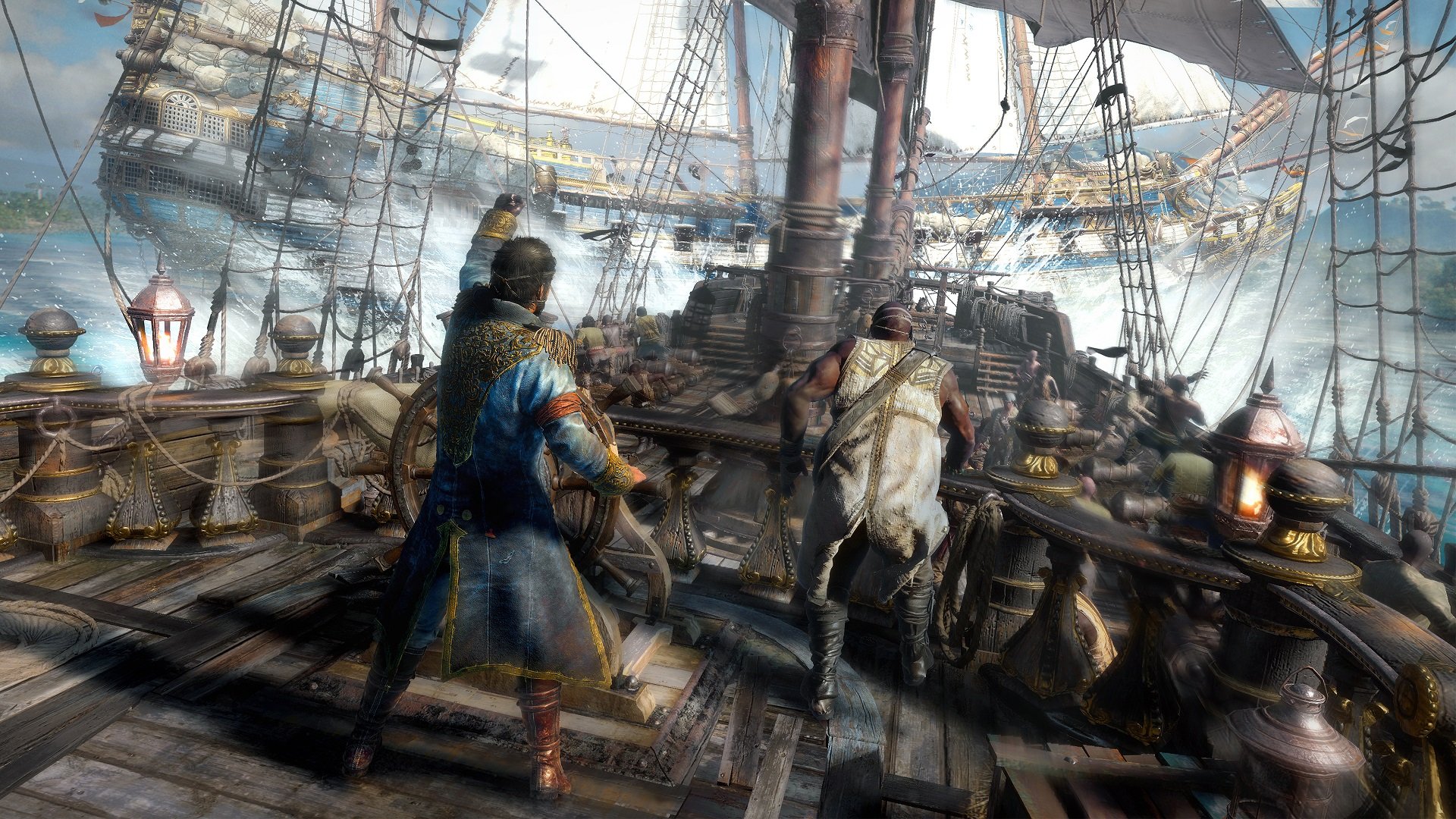 Where Skull & Bones really differentiates itself from the Assassin’s Creed games is in its numbers. Ten people on an aquatic battlefield, all trying to navigate giant unwieldy ships, makes for a tense and unpredictable affair. It’s easy enough to lob mortars at the enemy, but you have to make sure your teammate isn’t steering right into the line of fire. Or, you may have an oblivious ship lined up for the perfect shot, but there’s a constant paranoia that someone else is doing the same to you.

There’s also a class system at the core of Skull & Bones that affects how people play. There are three ship types: The Sloop-of-War (Marksman) that is weak but serves as a long-range sniper of sorts; the Brigantine (Bruiser) that acts as a heavy and is most useful in close quarters and to ram; and the Frigate (Enforcer) which is a defensive specialist that packs a punch.

Maintaining a balanced fleet of ships, reacting to your opponent’s lineup, strategically spreading your ships across the map, taking care to not run into your teammates, navigating the wind currents, and then eventually trying to escape the NPC pirate hunters that show up at the end of every round — that’s the stuff a team will have to do to be successful. The premise is simple; the execution can go wrong in a million different ways. 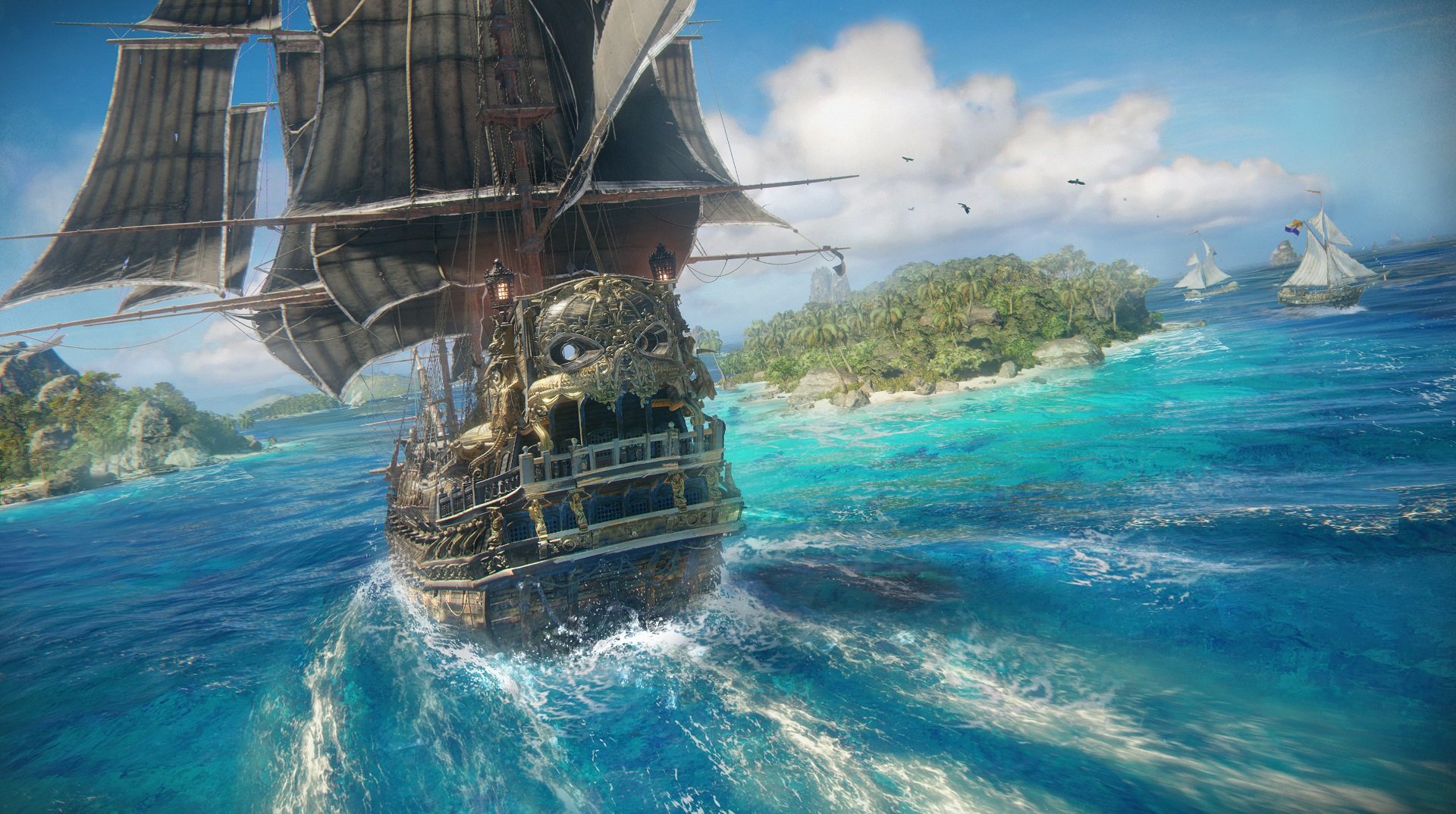 And it will go wrong. In my brief time with Skull & Bones, I constantly felt both adept and incompetent, like every savvy move was countered with me getting shelled from behind. We still won even though I dropped a ton of gold in the waning seconds. There’s a flow to it all that should keep most matches competitive until the timer runs out. The idea of watching high-level Skull & Bones is intriguing because it’s essentially a chess match. Casual play is more of a shitshow, but in an entertaining way.

There’s surely more to Skull & Bones (like a single-player mode) but that wasn’t what Ubisoft was showing off at E3. We just got to see the game at its basest — pirating in the pursuit of supremacy. There’s plenty of time, as it’s currently set for a fall 2018 release. It may be early, but it already feels like there’s enough here to carry an entire game. Hell, it already did four years ago.