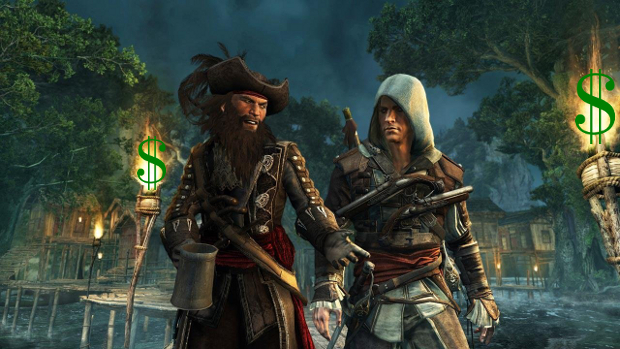 Or until everybody is already murdered

With the Assassin’s Creed series getting new instalments annually, there are, perhaps, those who will grow tired of franchise — if they haven’t already. Since Assassin’s Creed II, there’s been a new title in the main series every year, the last one being Assassin’s Creed III. Then there are all the spin-offs, comics, novels, shorts, and animated movies which, frankly, seem a tad unnecessary. That’s just a lot of saturation.

Ubisoft Montreal’s head honcho, Yannis Mallat, recently told Eurogamer at GDC that they have no intention of taking a breather, as he believes that fans are eager for more. “The players will tell us. Right now there are more and more coming into the franchise, so I don’t see that day … It’s our breakthrough. When you have quality content, the frequency of coming out with the game is not an issue at all.”

With Assassin’s Creed III being the most successful game in the series, inexplicably, to me, the numbers appear to be on Mallat’s side. There are several teams working on Assassin’s Creed titles, so at least the same teams aren’t having to split their time between, say, Black Flag, and the yet unrevealed title being planned for next year.